Walker spoke out on Instagram about the producer, writing "the only time she was depressed" was when she was with him.

Summer Walker is taking to social media to set the record straight about her personal life. In a recent post on one of her Instagram accounts, the singer blasted London On Da Track for being a deadbeat parent.

Walker and the talent also known as RK London have had a rollercoaster relationship for the past few years now. The award-winning singer has been open about her journey, including their child together, who she gave birth to in March. On one of her Instagram accounts, however, the R&B hitmaker is slamming London’s parenting skills. 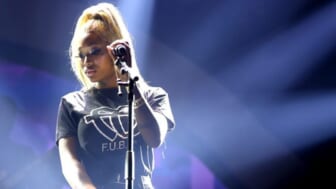 Walker has an alternate Instagram account entitled “galactawhore,” in which fans immediately spotted her comments about London. She wrote in a story post: “I am the full care taker of my child that man pulls up on the weekend w his mama & his gifts for a day or 2 takes his pics but I do all the work when I’m not at work. So once again suck a d-ck.”

Walker explained in another post that she is happier not being in a relationship with her child’s father anymore. She wrote, “And ain’t nobody motherfu**in’ depressed. The only time I was depressed was when I was with that…and that’s gone now, that’s dead now.”

London On Da Track has posted various content with their daughter on his own social media accounts. Recently, he shared a picture over the weekend of him holding her in front of an Apple store. He wrote in the caption: “Big Daddy duties 24/24 ????.” 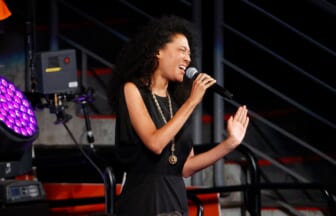 Walker’s recent posts are not the first time she’s let fans into her relationship woes. She wrote last fall on social media: “black men gotta start doing better when it comes to being a father. my grandfather lame, my father lame, & dis ni**a lame…lol and I guess the cycle will just continue. I guess ni**as still dealing with the shackles of mental slavery or some sh*t, back when white men ripped you from your families and beat you to death if you tried to protect them. It goes deep. Sh*ts really sad.”

Walker recently teased a collaboration with singer SZA on social media, with a picture of the two singers in the studio together.