A 23-year-old father, Shane Zachery Flowers, was arrested by the Torrance Police Department and booked by the Los Angeles Police Department on suspicion of child abuse which resulted in death, stemming from his infant child dying allegedly because of his hands.

Dee’ago Alexander Jones, Flowers’ 18-month-old son, was reportedly found at the Rosa Bell Motel in South Los Angeles. Police arrived at the scene Tuesday morning and found the baby not breathing and unconscious. He was rushed to the hospital said to be in medical distress, according to Fox 11, and pronounced dead upon arrival to the hospital.

KTLA reported that the baby’s mother, Ryanna Jones, said that Flowers tripped over his video game controller while at the motel. She said he then punched the child, causing him to fall and hit his head.

“He told me that he didn’t think he hit him that hard for him to pass away,” Jones told the station. “And I kept telling him stop hitting my son. And every time I told him to stop, I got the outcome. I was getting beat up.” 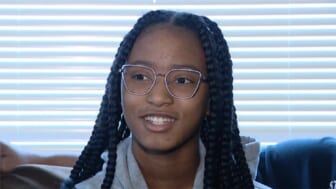 Jones said that Flowers admitted to killing his son and said she gave police information that led them to Flowers.

“If you guys are in an abusive relationship then I suggest you leave because this is the outcome I got, my baby gone because of him,” said Jones, per KTLA.

According to Conan Daily, Flowers had been arrested multiple times before. The news site alleges he was arrested in August of 2016 for stealing a car, in November of 2017 for assault, in September of 2019 for unlawful possession of a firearm and last April for domestic assault in the second degree. 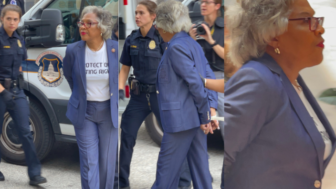