A local roller skating rink in Livonia, Michigan has come under fire for using facial recognition software that misidentified a Black teenager and barred her from entering the venue. 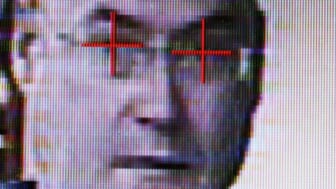 Lamya Robinson’s mother had just dropped her off at Riverside Arena on Saturday where she planned to hang out with some friends. But staffers blocked her from entering after her face was scanned by facial recognition software and wrongly identified as another teen who was involved in a brawl at the rink in March, Fox 2 Detroit reports.

Lamya was stunned by the results of the scan as she had never been to the rink before.

“I was like, that is not me. Who is that?” she told local TV station WJBK.

Juliea shared the rink’s photo scan on her Facebook page and described how her daughter was racially profiled by the establishment.

“So, i had the worst experience with Riverside Skating Rink,” she wrote in a post that has since been made private. “They scanned my daughter’s face and stated that she’s banned per this picture below in the corner that is not my child!!”

While Juliea and her husband, Derrick Robinson, are grateful the police were not called, they are considering taking legal action.

“You all put my daughter out of the establishment by herself, not knowing what could have happened,” said Derrick Robinson. “It just happened to be a blessing that she was calling in frustration to talk to her cousin, but at the same time he pretty much said ‘I’m not that far, let me go see what’s wrong with her.'”

A statement from the rink to Fox 2 Detroit reads in part:

“One of our managers asked Ms. Robinson (Lamya’s mother) to call back sometime during the week. He explained to her, this is our usual process, as sometimes the line is quite long and it’s a hard look into things when the system is running.

“The software had her daughter at a 97% match. This is what we looked at, not the thumbnail photos Ms. Robinson took a picture of, if there was a mistake, we apologize for that.”

The incident is yet another disturbing case involving Black people being misidentified by facial recognition technology.

As previously reported by theGrio, the use of facial recognition technology is on the rise across the US. Retail giant Macy’s is using it while Walmart, Kroger, Home Depot, and Target are among those that are not — yet, according to the report.

One critical issue remains largely unaddressed: facial recognition technology relies on algorithms that struggle to equally identify matches. The software has demonstrated clear racial bias with some algorithms up to 100 times better at identifying white people.

Digital rights advocacy group Fight for the Future published a map offering a visual representation of how often US law agencies use the software to pan through millions of photos of Americans, often without consent.

Earlier this year, a Detroit man sued the police department after a false facial recognition match led to him being wrongfully identified and subsequently arrested as a shoplifting suspect.

Robert Williams, a 43-year-old father who resides in the Detroit suburb of Farmington Hills, was arrested in January on charges that he stole watches from Shinola, a trendy accessories store in the city. Detroit Police used facial recognition software on the store’s surveillance camera footage and wrongfully identified him as the thief.

Williams is seeking compensation and has called for called on Congress for changes to how the technology is used.

“Face recognition technology can’t tell Black people apart. That includes Robert Williams, whose only thing in common with the suspect caught by the watch shop’s surveillance feed is that they are both large-framed Black men,” said a complaint filed last year by the American Civil Liberties Union, according to the report. 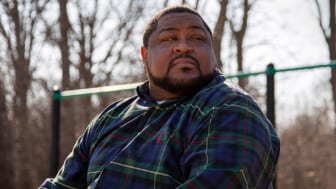 San Francisco was the first city in the world to ban facial recognition technology, citing the loss of its citizens’ civil rights and liberties.