King also made his Instagram private this week, noting that he's taking a social media break for the rest of the month. Twitter had a field day.

Activist Shaun King has temporarily deactivated his Twitter account, and he made his Instagram private this week, noting that he’s taking a social media break for the rest of the month.

He wrote on Facebook earlier in July that he was deactivating his account to spend time with his family.

King’s disappearance from the Twitterverse prompted some strong reactions online. 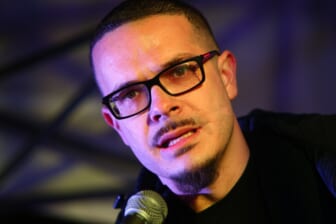 “Grifting fraud propagandist Shaun King has deactivated his account on Twitter. I’ll drink to that,” one user wrote.

“Shaun King deleted? Someone must have gotten their hands on his 23andMe results,” writer Clarkeisha Kent tweeted.

“Something has to be going down for Shaun King to deactivate his account,” writer Morgan Jerkins added. “We’ll know soon enough what that something is.”

Some on Twitter speculated that the deactivation was dedicated to his wife, Rai, who recently turned 40. Others, however, note that King has been under fire for what many have called “financial impropriety.”

The Daily Beast reported months ago that King is being sued by Carlos Vega, a former assistant district attorney in Philadelphia who was handily defeated in the Democratic primary for Philly D.A. by former boss Larry Krasner. The libel and slander suit targets Krasner’s campaign, King and the Real Justice PAC that King co-founded with organizer Becky Bond.

King was recently chastised by Samaria Rice, the mother of Tamir Rice, who was killed by Cleveland police officers in 2014.

As previously reported, Samaria accused King of “hustling Black death.” She noted that King sent her a $60,000 check but maintained at the time the two never spoke. When they did speak after Samaria’s comments, King disclosed the content of the conversation, prompting further backlash from Rice. 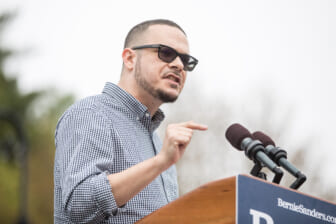 “Shaun King, Why do you think it’s so important to tell folks we had a conversation? Well, we talked and everything that was said was very toxic and uncomfortable for me to hear that you raised additional money and then said you did not want to bother me,” Rice wrote on Instagram in June.

King has claimed to be shocked at Rice’s frustration. “I was very surprised,” he’s supposedly said, “because I felt like I did everything anybody from her team asked me to do.”

In late June, one Twitter user summed up the spat between Rice and King, opining: “He has been capitalizing off of Black trauma for years. The same way Derrick Jaxn capitalized off of women’s traumatic experiences. People have to stop giving these internet frauds a platform to build a brand off of pain.”