"She is going to be missed by everyone that knew her, especially her family,” her grandmother told reporters.

A 6-year-old girl was fatally shot and her mother was among those wounded in Southeast D.C. in a mass shooting that has rocked the city.

The shooting occurred just after 11 p.m. on Friday outside a liquor and convenience store near Martin Luther King Jr. and Malcolm X avenues, NBC Washington reports. While police are still searching for the shooters, the car that may have been used in the shooting has been recovered. The car was set ablaze, police say. 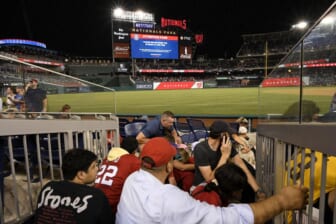 “No additional details are being made public at this time,” D.C. police spokesman Dustin Sternbeck told The Washington Post.

Three men and two women were wounded, including the mother of Nyiah Courtney, who was killed when a car drove by and someone fired several shots.

Andrea Courtney, Nyiah’s grandmother, said the child, who was with her mother, father and older sister, per the Post, were getting ready to board a bus to go home when gunfire rang out.

Nyiah was pronounced dead at a local hospital while her mother has undergone several surgeries. Family members said Sunday that they have not yet told her about her daughter’s death.

The other adults who suffered injuries were treated at the hospital and expected to recover, according to police. Their identities are being withheld because they are witnesses in the ongoing case.

Police have released video of the gray or silver sedan that the shooter (or shooters) fled in. They will not say whether they have positively ID’d the car recovered as the one involved in the incident, only that it’s related to the investigation, according to the Post.

After the shooting, Nyiah’s mother called Courtney and said she could hear the officers’ life-saving efforts with her daughter before they transported the little girl to the hospital.

“She didn’t deserve that. No one deserves that, especially a child,” Courtney said. “Even though I try to stay strong, I know I’m going to have my moments. She is going to be missed by everyone that knew her, especially her family.”

Investigators are urging the public to come forward with tips leading to the shooters. A $60K reward is being offered.

“There’s too much gun violence, still, perpetuated in this city and too many children are being harmed — innocent children — by gunfire,” executive assistant police chief Ashan Benedict said. “Please help the police department and our detectives bring those people to justice and help bring some closure to the families.”

Courtney is hopeful that the reward will lead authorities to the gunman.

“When they close they eyes, see her. When they go to sleep, see her,” Courtney said. “When they wake up in the morning, I hope her face is there to taunt them.”

D.C. Mayor Muriel Bowser has called on the public to assist police with catching a child killer by coming forward with information that could help investigators. 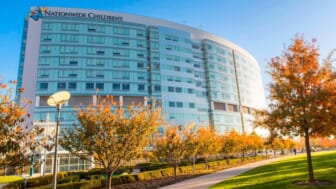 “Today our city is heartbroken. A child’s life was taken, and there is no way to make sense of the callousness or cruelty,” said Bowser.