“My first reaction was joy, then disbelief and then: ‘Did I hear that right?’,” Gordy said.

The John F. Kennedy Center for the Performing Arts announced on Wednesday their Lifetime Achievement award honorees and an iconic African-American music figure made the cut. 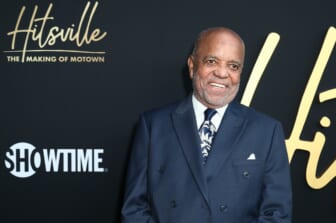 “My first reaction was joy, then disbelief and then: ‘Did I hear that right?’” Gordy, 91, told the Detroit Free Press about the honor. “It was so exciting to me overall. I had all these emotions at one time, and I realized how much it meant to me.”

As previously reported by theGrio, Gordy, who once worked in an auto plant, started Motown in 1959 in Detroit with an $800 loan and built it into a music, film, and television giant. His venture went on to produce some of the nation’s most treasured musical icons, including Smokey Robinson, Stevie Wonder, The Jackson 5, Marvin Gaye, The Temptations, The Four Tops, and Diana Ross & the Supremes.

Gordy sold the label in 1988, followed by the song-publishing division, and later contributed to the Motown legacy with a Broadway musical and a Showtime documentary, as reported by the Detroit Free Press.

“I have come full circle,” Gordy said onstage during the Motown 60th anniversary event in 2019. “It is only appropriate (to announce this) while here in Detroit, the city where my fairy tale happened with all of you.”

Gordy said he is proud to add the Kennedy Center honor to his legacy.

“President Kennedy was one of my favorite heroes, so to be honored in his name means the world to me,” Gordy said. “I’m extremely happy to join the past and present honorees and become part of this American legacy.”

“By honoring me, I feel it also recognizes the unsung heroes of Motown,” Gordy said. “They worked and laughed and cried and died to make my dream and the Motown legacy a reality. So I can never forget them — ever, ever, ever.”

He added, “I’m just very grateful to Detroit, which had more major influence on me than anything I can think of. The atmosphere, the down home feelings,” Gordy said. “I’m a Detroiter — I’m a competitor. I taught my company to have that competitive spirit that breeds champions, because when I think of Detroit, I think of champions. And I took those things with me when I was building everything I built.”

The gala celebration will be taped for a prime-time special set to air on CBS and stream on Paramount+. 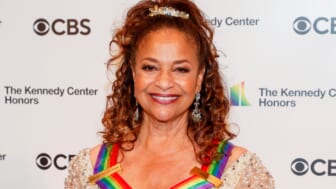 “After the challenges and heartbreak of the last many months, and as we celebrate 50 years of the Kennedy Center, I dare add that we are prepared to throw ‘the party to end all parties’ in D.C. on December 5, feting these extraordinary people and welcoming audiences back to our campus,” Kennedy Center president Deborah Rutter said in a statement.