Craig, the eighth Republican to form a candidate committee, is the best known and is considered a serious contender, albeit untested in electoral politics

Republican ex-Detroit Police Chief James Craig all but launched his campaign for governor on Wednesday, seeking to become Michigan’s first Black governor with a “law-and-order” message and emphasis on leadership.

Craig, the eighth Republican to form a candidate committee, is the best known and is considered a serious contender, albeit untested in electoral politics. A former Democrat, the 61-year-old would be just the second Black major-party gubernatorial nominee if he wins the 2022 primary and faces Democratic Gov. Gretchen Whitmer.

He released a video and announced the formation of an “exploratory” committee that lets him begin raising and spending money. A formal campaign launch with events and rallies will likely occur after Labor Day, his campaign said.

“I led as chief of police — and began my life — on the streets of Detroit,” Craig said in a statement. “Now it is time to travel the state and visit other communities. I will be talking with law enforcement, hosting small business roundtables, and meeting with voters in their homes to hear about the negative impact the current governor’s policies are having on their communities, their workplaces and their families.” 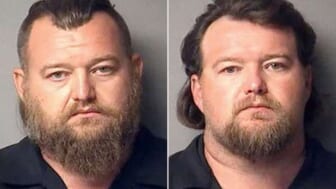 Craig, who retired in June, had been signaling his intention to run for months. He has blamed Democrats for school closures during the coronavirus pandemic and has criticized Whitmer’s COVID-19 restrictions by saying America is not a “monarchy.”

He has touted his efforts to keep Detroit safe during tense nationwide protests against police killings of Black people and has vowed to take his mantra of “success through self-reliance” to cities where Black and other voters overwhelmingly back Democratic candidates.

Republicans’ attempts to make gains in places like Detroit and Flint have failed. Whitmer, who won by nearly 10 percentage points in 2018, took 94% of the vote in the state’s largest city. In 2020, U.S. Senate candidate John James — who is Black — won just 5% of Detroit votes.

Still, Michigan is a swing state and Whitmer is seen as potentially vulnerable in a midterm election that typically favors the party opposite the president. While no first-term governor has lost in nearly 60 years, she will be the first incumbent to seek reelection at the same time her party controls the White House in 48 years.

The 3-minute, 39-second video shows the former chief driving around Detroit while speaking about the city’s past troubles, like the 1967 riots, low morale in the police department and chronically slow response times to 911 calls before he was hired in 2013.

“As a leader, we led from the front, we turned it around and made Detroit a safer city,” Craig said. 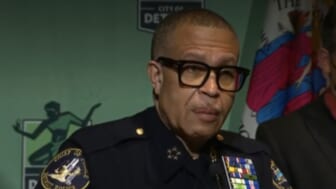 He also briefly criticized Whitmer in a veiled way, saying Michigan has “had enough” of politicians who do not follow their own rules. In May, she apologized after gathering with friends at an East Lansing bar and ignoring a COVID-19 regulation that limited tables to no more than six people.

Whitmer has raised $8.5 million to date this year, a record for a gubernatorial candidate for an entire non-election year.

“James Craig is just another politician that thinks he can get through this messy and crowded GOP field of far-right extremists without any accountability on his stances — clinging to this non-existent ‘exploratory’ status is just the latest of his question-dodging tactics,” chair Lavora Barnes said in a statement.