The original director took to TMZ with some complaints about the new sequel, including choosing LeBron James as the star

Remakes are not for everyone. The original Space Jam director has slammed the new reboot, Space Jam: A New Legacy, telling TMZ, “LeBron ain’t Michael.”

Space Jam: A New Legacy is finally in theaters and on HBO Max, 25 years after the beloved original film. Starring Lebron James in the slot originated by Michael Jordan, the film once again sees the fusion of everyone’s favorite Looney Tunes playing basketball with a sports legend.

While the film’s box office scores prove it was able to find an audience, it seems not everyone was impressed with the sequel.

Joe Pytka, the director of the original Space Jam in 1996, told TMZ on Wednesdayexactly how he feels about the reboot. 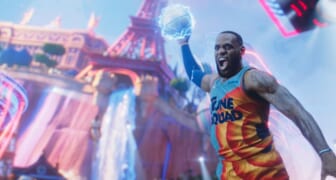 The outlet reports that Pytka claims that, “Space Jam: A New Legacy is so boring, he couldn’t finish it in one sitting…in fact, he says it took him 5 separate sessions to complete its 2-hour runtime.” The report continues to detail that, “Pytka points out when Space Jam was made in 1996, MJ wasn’t just the best basketball player … he was the biggest celebrity in the world.”

The report continues to read, “Pytka says his film tied the plot to MJ’s personal life — retiring from hoops to play baseball — while the new movie’s missing a personal connection to LeBron.”

Pytka went on to criticize the supporting cast members in the new film, sharing that his had heavyweights like Bill Murray and Charles Barkley in memorable roles, while Anthony Davis and Damian Lillard were forgettable.

Lastly, Pytka even has a problem with the depiction of Bugs Bunny in the film. He told TMZ the beloved character, “looked like one of those fluffy dolls you buy at an airport gift shop to bring your kid when your business trip has taken too long.”

Despite Pytka’s criticisms, the film’s critical response was similar to its predecessor, which was also panned by critics but eventually because a cult classic. Still, the film exceeded expectations at the box office, earning $31.6 million on opening weekend in North America, with industry projections that were set at $20 million.

Space Jam: A New Legacy is available in theaters and to stream online now on HBO Max.