An Oklahoma woman, who was on the run for allegedly being an accessory to murder, has been arrested after taunting investigators looking for her on Facebook, People reports. 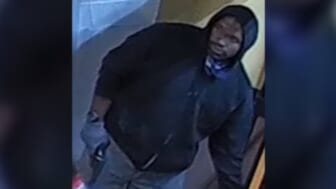 Lorraine Graves — the woman investigators believe was involved in the killing of Eric Graves, 30, who was fatally shot on March 13 — was added to Tulsa Police Department’s Most Wanted list posted to their social media pages on July 14. Lorraine and Eric are related, but their relationship has yet to be disclosed.

Graves commented on the post seeking her whereabouts from her personal Facebook page, inquiring about the potential reward for tipping the police off with information.

The strange incident began last Wednesday when the Tulsa Police Department in Oklahoma posted their weekly Most Wanted campaign on Facebook and Twitter.

They featured a few images of Graves with a caption that read “Lorraine Graves is charged with Accessory to Murder. Detectives say she was involved in March homicide where Eric Graves was shot/killed at St. Thomas Square Apts. Graves is a Black female, 5’7″, 200 lbs.”

Less than two hours later, Graves commented on the post, asking “Where’s the reward money at.”

Her comment started a social media frenzy, with other commenters warning her that the police would be able to track her down.

One user commented, “Giiiiirl you better stay off social media they can track you !!” Another said, “Aint gonna be as funny when you get processed.”

A day later, she was arrested by police at a home in north Tulsa, as per an update on their Facebook page.

Authorities have confirmed that Graves has been charged with accessory to murder and remains in police custody on a $500,000 bond. 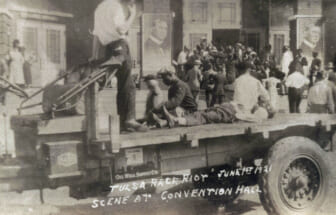 The two other suspects allegedly involved in the murder – Jayden Hopson, 19, and Gabriel Hopson, 20, are already in police custody and have been charged with murder.

According to court documents obtained by Tulsa World, an alleged witness told detectives that Jayden Hopson became upset after a woman he was courting “liked” Eric Graves.

This erupted in a shootout between the Hopsons and Graves, which was instigated by Graves, authorities allege in the court documents. The Hopsons shot back, wounding Graves and the witness.

The court documents also allege that Lorraine Graves is reported to have “facilitated the discarding of the potential murder weapon” by driving Gabriel Hopson to another apartment complex, where he handed the gun off to another man.

A representative for Graves could not be identified and she has yet to plead to the charges against her.