White Capitol rioter gets slap on wrist, while Black people get the book thrown at them

I often tweet the hashtag #TwoAmericas and I do so intentionally. With each passing day as I watch the news, study the justice system, I witness the ever-expanding gap between the rich and the poor.

I also see Corporate America’s total failure on true diversity, equity and inclusion (flowery statements and donations are not diversity; we want to see Black, brown and women in your company at the C-suite and board levels), and, perhaps, most insulting of all, the growing movement in America against the teaching of factual history when it comes to slavery and racial injustice.

There are in fact two Americas and nowhere is that more pronounced and palpable than in the criminal justice system.

This past week, one of the Jan. 6 insurrectionists, a white Florida man named Paul Hodgkins, was sentenced to just 8 months for his actions at the nation’s Capitol. The prosecution had recommended a longer sentence for him of 15 to 21 months based on the U.S. sentencing guidelines. Judge Randolph Moss, however, rejected their suggestion, and instead went below the guidelines.

For his part, Hodgkins’s counsel asked Judge Moss for no prison time, arguing that his client had no plans to enter the Capitol when he traveled to Washington to attend Trump’s rally, but that he got swept up in a wave of emotion as they marched along Pennsylvania Avenue. Once inside the Capitol, Hodgkins said that he apologized to police officers for the trouble they endured and he offered medical care to an injured rioter.

“I can say without a shadow of a doubt that I am truly remorseful and regretful for my actions in Washington,” Hodgkins told the court. “This was a foolish decision on my part that I take full responsibility for it.” 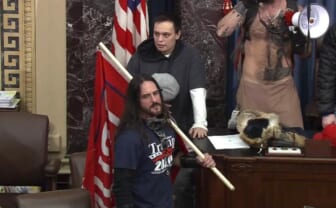 Fast forward to two Black people in the great state of Texas who made national headlines over the past year for being incarcerated for not for rioting at the United States Capitol — beating police officers and defecating in and on U.S. historic landmarks — but for voting after they had served their time in jail as convicted felons.

The most recent case involves Hervis Rogers, who in 1995 was arrested and sentenced to 25 years in prison for burglary and intent to commit theft. He was out on parole as of  May 20, 2004, and his parole was set to end June 13, 2020. Rogers is one of millions of Americans without the right to vote, because of laws in a number of states, including Texas, prohibiting formerly incarcerated people from participating in elections while still on parole.

Rogers, being unaware of this law, voted in the November 2020 election and made news because he waited six hours at a Texas polling place to vote. Texas’s controversial and embattled right-wing Attorney General Ken Paxton jumped all over it, and moved to prosecute Rogers, who could face as much as 20 years in prison. He tweeted at the time, “Hervis is a felon rightly barred from voting under TX law, I prosecute voter fraud everywhere we find it!”

Another infuriating instance of this sentencing injustice is the case of Crystal Mason. She, similar to Rogers, voted in 2016 and was unaware that she could not lawfully cast a provisional ballot. Mason was on supervised release from prison when she voted. In 2018, she was sentenced to five years in prison.

The American Civil Liberties Union of Texas is now working with Mason to appeal the verdict, which she unsuccessfully attempted to do in 2019 when the 2nd District Court of Tarrant County rejected her appeal on the grounds that, “she did not know she was legally ineligible to vote was irrelevant to her prosecution,” according to Justice Wade Birdwell on the case. “The State needed only to prove that she voted while knowing of the existence of the condition that made her ineligible.”

For her part, Mason has fought on stating in a December 2020 interview, “I thought I was performing my civic duty and followed the election process by filling out a provisional ballot. By trying to criminalize my actions, Texas has shown me the power of my voice. I will use my voice to educate and empower others who are fighting for their right to vote.” I couldn’t agree with her more.

Both Rogers and Mason paid their debts to society and then later tried to exercise what should be their right to vote. Instead of being informed that they could not do so and just left to go on with their lives, states like Texas and many others in the former confederacy criminalize those who were convicted felons long beyond serving out their sentences.

Virginia, where I live, has done away with such laws, but these relics of Jim Crow are alive and well in America. And they disproportionately hurt Black people. Ironically, because this is America, thousands of angry white citizens can storm America’s very cradle of democracy at the Capitol (in plain sight for all the world to see) curse, fly confederate flags, urinate, beat police officers damn near to death, destroy federal property, and the first man to be sentenced gets eight damn months?

Does anyone really think that Black and brown rioters could have done this and lived to tell about it? The facts tell us otherwise. Trump had troops, led by Gen. Mark Milley, attack peaceful Black Lives Matter protestors in the summer of 2020. They used rubber bullets and tear gas to attack people not beating police, not attacking the historic landmarks near or at the White House, and not trying to block the lawful constitutional duty of the United States Congress. 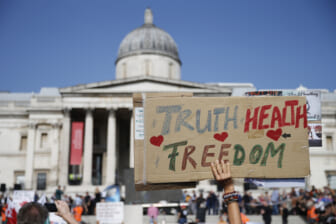 At some point, if we want to move toward a more racially just and equal America, we have to tell the truth about how differently we treat Black and white “patriots” using their lawful right to protest, assemble and express their grievances to their elected officials.

Either America stands for justice and equality for all or it does not. Time and time again we see two America’s at work. Dating back to 1619 when slaves arrived in the colony of Virginia, up through the emancipation of their descendants who were freed in the mid-1860s, Black people, in particular, have never been treated equally under the law no matter what the law says.

Yes, fellow white Americans, systemic racism exists. It is real. It is odious and destructive, and it is alive and well in the United States of America.