Fans have been calling Samuels out throughout the season for his behavior on the popular "Love & Hip Hop: Atlanta."

Safaree Samuels is not happy with the editors over at Love & Hip Hop: Atlanta. The reality TV personality is threatening to quit after a recent scene aired in which he appeared to laugh at his daughter falling over.

In the scene from Love & Hop-Hop: Atlanta, Erica Mena is not too happy with Samuels’ reaction to their daughter falling over.

In the clip, the couple is sitting down and having a conversation when suddenly their daughter, Safire, falls and is seemingly entangled with a guitar. While they both instantly jump up, Mena immediately grabs the instrument while Safaree watches and laughs, leading to an intense exchange between the parents. 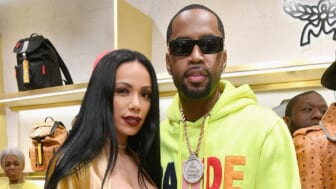 Mena tells Samuels in the clip, “Safaree, pick her up, you freaking idiot … like, what’s your problem?!” She then picks up their daughter and holds her in her lap as she cries. Mena then tells the camera in an interview, “This moment is probably setting me up to get ready for what my life is about to be … me having to hold down my babies by myself, even when they’re hurting because Daddy finds it funny.”

She continues to say: “But it just proves how immature he is.”

As the scene continues, Samuels then blames Mena, telling her: “It’s your fault…you shouldn’t have had her over there.” After calling what he said “a d–khead move,” she confronts Samuels about him laughing.

“You’re there laughing at her instead of picking her up,” she tells him before he replies, “because it was funny!”

The clip ends with Mena telling the audience, as if she’s speaking to Samuels, “I just feel like everything you portrayed yourself to be in the beginning is nothing what you really are.”

It appears Samuels is not too happy with this clip — or his edit on the series in general.

He took to Twitter to address the now-viral video, writing, “And y’all LHH editors ain’t s–t. we told y’all not to air my baby falling and y’all still used it. Had us reshoot a whole bunch of bulls–t and y’all still used that. Y’all don’t have no respect, because that was not my response of me finding out I was having a boy!”

He continued to explain that the actual conversation was an hour long, but said the show’s editors “choose” to make their daughter falling and him laughing a focal point. 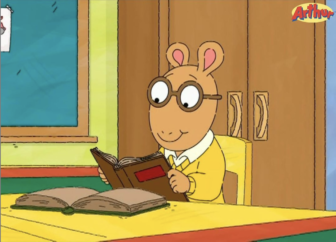 Also Read:
‘Arthur’ to end on PBS Kids after 25 seasons

“That was tacky and tasteless!!” Samuels tweeted. “It’s definitely about to be a wrap on my time with y’all. Y’all be wanting too much of ppl time to be doin dat type of wack s–t!! We filmed a hr long convo for that scene and y’all chop it to 3 mins and use that and make it a focal point. Weak.”

As theGrio previously reported, this is not the first scene from this season that has had fans slamming Samuels. Last week, Black Twitter had plenty to say about his reaction to finding out Mena was pregnant.