Michael Che under fire for Simone Biles jokes, claims he was hacked

Che has wiped his Instagram page clean of all posts except one birthday Instagram Story after his alleged hacking.

Comedian and Saturday Night Live writer Michael Che has wiped his Instagram page clean of all posts except one Instagram Story celebrating his birthday after claiming he was hacked.

The assertions came after Che posted in his stories that he wanted to do jokes about superstar gymnast Simone Biles. He then reposted jokes shared by others and rated them on a scale of one to 10.

Che continued: “I got like 3 mins of Simone Biles jokes in my head. Im going to the cellar tonight to say them into a microphone. As the dorky kids say I’m choosing violence.” 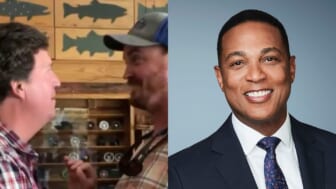 Jokes about Biles’ sexual abuse by former USA Gymnastics doctor Larry Nassar were rated nine out of 10 by Che. A racist joke about the Olympics athlete was rated eight out of 10.

Celebrity gossip site Baller Alert grabbed screenshots of the distasteful posts before they were deleted.

Che then wrote another Instastory. “Mannnnn, i got hacked today. Can’t believe they got me,” it read. “Yall know i only do jokes about whites and cops. S’all good now i changed my password and everything.”

The comedian is currently trending on Twitter, with several people pointing out that the fonts used in the original Instagram Story posts and Che’s “it-wasn’t-me” explanation were the same.

Television producer and activist Leslie Mac wrote: “Black Women BEEN told you about Michael Che… but once again y’all ignored us. But COMEDY right!? Fu**ing hack.” 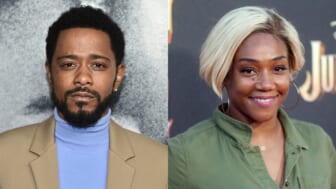 “Michael Che comes for people he thinks he can get away with dunking on,” writer Delia Harrington opined. “Trans women, Black women, sexual assault survivors. Judging by his flimsy ‘I got hacked’ defense, it seems he had no idea how beloved Simone Biles is, or just how messed up it is to share a Larry Nasser joke.”

Another Twitter user shared what seems to be a sad reality, posting, “I’ll be shocked if something happens to Michael Che. There’s no consequence for hurting black women it seems.”