Roughly 350,000 unemployed Michigan residents who received federal benefits due to an error will not be forced to repay the money after a change in eligibility criteria.

The Michigan Unemployment Insurance Agency (UIA) announced Friday that those who wrongfully received Pandemic Unemployment Assistance (PUA) benefits will be granted an overpayment waiver allowing them to keep the money, although many may no longer receive aid going forward. 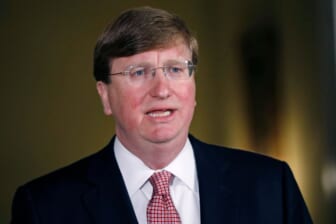 The group receiving waivers had all previously selected one of the four reasons for PUA eligibility that were later removed from the list by the U.S. Department of Labor (USDOL). Michigan mistakenly included the four reasons at the beginning of the pandemic without getting approval from the USDOL.

Earlier in July, UIA spokesperson Lydia Robinson explained to FOX 17 how the four rules were mistakenly added to the list

“At the onset of COVID, there was ambiguity in the federal guidelines and more latitude in the interpretation of those guidelines by the states including Michigan. As a result, Michigan included four reasons that were ultimately not approved by USDOL,” Robinson said.

“As the program continued, USDOL became more prescriptive to states as to what could and could not be included. Earlier this year, additional guidance was provided that required UIA to re-evaluate PUA eligibility for those who chose one of the now four non-qualifying reasons,” she added. 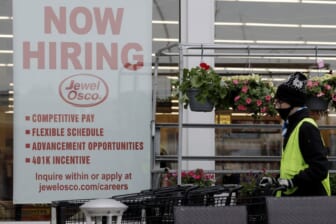 Over 600,000 unemployed Michigan residents who selected one of the four reasons were sent a request from the UIA in June asking them to submit updated information to requalify for federal assistance.

350,000 failed to respond to the request. Approximately 241,000 others did, and thus may be able to continue receiving benefits if deemed eligible by the agency, which is currently reviewing each case.

“For those who did not respond, we want to assure them that claimants who are no longer eligible won’t have to return the money they received when, through no fault of their own, they chose one of the four non-eligible reasons,” said Liza Estlund Olson, Michigan Unemployment Insurance Agency Acting Director.

PUA was introduced in April 2020 under the Coronavirus Aid, Relief, and Economic Security Act (CARES) Act enacted earlier in March 2020 to help mitigate the negative economic impacts of COVID-19. The benefits include 39 weeks of financial aid to qualifying people who were unemployed or unable to work due to pandemic-related reasons. Official notifications of repayment waivers will be sent to unemployed workers by mail or through their MiWAM (Michigan Web Account Manager) account. Claimants can access their MiWAM account by visiting www.Michigan.gov/UIA, and can call the UIA by dialing 866-500-0017.​