During the coroner's inquest, 20 witnesses presented their stories about the night Derontae Martin died.

In late April, after a 19-year-old Black teen named Derontae Martin was found dead in the attic of a man named James Wade with a single bullet in his head, a county pathologist in rural Fredericktown, Missouri said he had killed himself.

Now, after Martin’s family demanded the county take a second look, a six-person jury has reviewed details of the case and ruled that they don’t believe Martin died by suicide.

The night of his death, Martin attended a party celebrating the 18th birthday of Wade’s daughter. He was later found dead in Wade’s attic, according to KDSK, but details of what happened after the party and until his death are currently unclear.

Wade was known to share racially charged posts on social media and even Confederate flags around his home. He reportedly told the local news outlet “I was born in the South, and I’m not ashamed to show the Confederate flag or anything… [The racist memes] are already on Facebook, I just shared them, it’s not like I made them up or put them there, right? I’m not a racist.”

According to The St. Louis Post-Dispatch, jurors in a county coroner’s inquest had to decide whether Martin’s death was “the result of violence, suicide, accident or natural causes.” They determined it was a result of violence.

The pathologist who claimed Martin committed suicide, Dr. Russell Deidiker, said the typical markings of a close-range shot, including soot and the imprint of a gun muzzle, couldn’t be found because of the coroner’s cleaning of the young man’s body.

Examiners hired by his family determined Martin had been shot from a distance. He also had methamphetamine in his system, according to Deidiker, but Martin’s family maintains he didn’t do drugs. 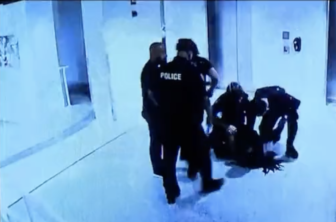 During the trial, 20 witnesses presented their stories. Some witnesses claimed Martin was acting strangely that night, but others said they believed Wade had something to do with Martin’s death.

One witness went so far as to say that Wade told him that he committed the heinous act, according to The St. Louis Post-Dispatch.

The town in which Martin lived is reportedly 95% white, and next steps for how this case will proceed are unknown at this time. His kin is reportedly elated by the news of the jury’s ruling.

“I am happy,” said Kimberly Lotts, Martin’s mother. “I am happy that somebody else saw. Glory to God. I could just shout. But we got a long way to go, so we’ll just keep on praying and keep on trusting in the Lord.”