The officers had previously been suspended, and Fernandez Rundle said additional charges might follow. All five officers turned themselves in earlier Monday. 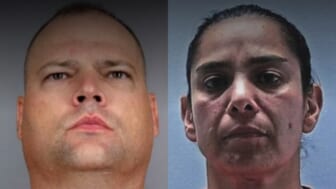 Surveillance video shows an officer chase Dalonta Crudup, 24, into the lobby of the Royal Palm Hotel in South Beach in the early morning hours of July 26. The officer orders Crudup onto the ground at gunpoint, and Crudup complies.

Moments later, more than a dozen other officers run into the lobby and surround Crudup, who can be seen on the ground with his hands behind his back.

Fernandez Rundle said surveillance video also shows Khalid Vaughn, 28, using a cellphone to record Crudup’s arrest from about 12 feet (4 meters) away. Body camera footage shows Vaughn backing away at the instruction of an officer when Sabater tackles Vaughn to the floor and repeatedly punches him. 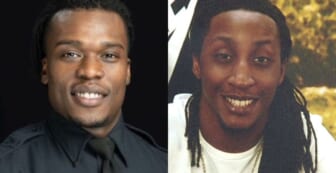 Officers said they initially followed Crudup into the hotel because he struck a bicycle patrol officer while driving a scooter recklessly. That officer was taken to a hospital for treatment of leg injuries. Crudup was charged with several counts, including aggravated battery on a law enforcement officer

Charges against Vaughn of resisting an arrest with violence and impeding a police investigation have been dropped.

The police officers’ union didn’t immediately respond to an email from The Associated Press seeking comment about the battery charges.