"I'm not a prejudiced person but our clients are 90% white," said affiliated adviser Eileen Cure.

LPL Financial has reportedly fired affiliated adviser Eileen Cure amid allegations of racism after TikTok videos surfaced of her admitting that she does not interview Black job applicants. 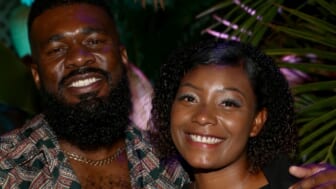 Cure, president of Cure and Associates in Nederland, Texas, was exposed after one of her staffers reportedly forwarded screenshots of Skype messages to popular TikToker Denise Bradley, who goes by the handle auntkaren0. Bradley shared the messages in several TikTok videos posted to her more than one million followers.

The messages allegedly show Cure making clear that she wants “no Blacks” following an interview with a Black job applicant, Sportskeeda reports.

One of Cure’s alleged messages read: “I specifically said no Blacks. I’m not a prejudiced person but our clients are 90% white and I need to cater to them. So that interview was a complete waste of my time, so please don’t second guess me or go against what I ask. Listen to me and give me what I ask for please.”

Cure called Bradley’s videos “false and defamatory,” InvestmentNews reports and claims she and her staff are now receiving death threats.

“The entirety of this situation is based upon a TikTok video published by an unrelated individual without press credentials or affiliations using an unauthenticated photo of an alleged internal office chat without validation or context of any content,” said Cure in a statement to InvestmentNews.

“This published photo and along with subsequent related false and defamatory materials and statements, which have incited false commentary and threats of violence and bodily harm toward me and my staff and acts which are being investigated as criminal in nature, are being publicized on a social media platform by a third party who is not related or in any way affiliated with me or my office.

“Additional third parties who are utilizing these TikTok posts for further publication appear to be doing so without further investigation or validation,” Cure continued. “In response to this situation, I have taken all necessary action to protect the safety and security of employees, clients, and parties related to my business.”

Bradley also posted alleged Skype messages from Cure threatening to take legal action against her and have Bradley’s TikTok account taken down.

“Here you have a white woman that has been caught being racist, in my opinion, but would rather look like the victim, up against a Black woman,” wrote Bradley in an email about Cure’s reaction to the viral TikTok clips.

“We’ve seen this done in history time and time again. She doesn’t want to admit fault but would rather try and make a Black woman the guilty party. I welcome any challenge that Eileen has. I will always stand up against racism and this issue is no different.”

Cure responded, claiming race does not play a factor in her hiring decisions.

“I have taken steps to confirm that race never has and will not be a factor in hiring decisions at my firm,” Cure said in the statement. “I am committed to continuing to ensure that my firm and other business interests will not tolerate incitement of violence, judgment before due process, or discrimination or harassment of individuals with regard to race, color, religion, national origin, sex, age, disability, veteran status, or on the basis of any other legally protected status or characteristic.”

Once LPL Financial got caught up in the controversy, the company immediately launched an investigation and ultimately fired Cure. LPL Financial is the largest independent broker-dealer in the United States.

“We have seen the video alleging discriminatory comments by Ms. Cure and are deeply concerned by the statements attributed to her,” said the spokesperson. “We immediately launched an internal investigation to review the matter and a decision is forthcoming this week regarding Ms. Cure’s relationship with the firm. We will not tolerate discrimination of any kind in our LPL community.”

“These laws provide the interviewee with the potential for damages that are intended to punish Cure’s company,” he added. “I would imagine that the interviewee would name LPL Financial if they brought a claim too, even though Cure’s relationship with them is on an independent contractor basis, because they have the deep pockets.”

According to the report, an LPL spokesperson confirmed that “Ms. Cure is no longer a client of the firm.”

But if the Skype statements that Bradley posted on TikTok turn out to be fabrications, Cure could have a strong defamation case.

“She would have a case against the person who published the initial statement,” said Max Schatzow, a partner at Stark & Stark. “She might also have claims against TikTok and other news publications that rebroadcasted the statement. 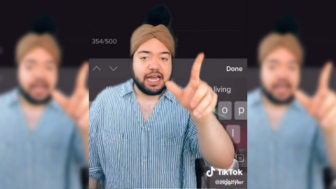 “On the flipside, if the statement being presented is true, the interviewee would have legitimate claims for discrimination under federal law, and likely, state law too, based on racial discrimination,” Schatzow said of the Black job applicant.

On Twitter, Bradley noted she has been tipped off that Cure’s husband issued a threat against her.

“I news reporter in Houston just confirmed that Eileen Cure’s husband stated “Tell that Tiktoker to come down here to Texas, and I’ll put her in a grave”. At this point I am concerned for my safety, and will be taking necessary steps to protect myself,” she wrote.

theGrio attempted to contact Eileen Cure for comment but her company’s website appears to have gone dark, and there’s no trace of her on social media.