“The issue here is not necessarily these other demographics, it is specifically Black,” TikTok creator Ziggy Tyler said.

A popular Black TikTok creator is calling out the platform for censoring Black related phrases in a user’s Creator Marketplace bio.

Creator Ziggy Tyler, who has more than 375,000 followers plus 13.1 million likes on the platform, posted a series of videos highlighting his censored experiences on TikTok.

“Anything Black related is inappropriate content,” he stated in a video posted earlier this week that went viral.

“If I go into the Creator Marketplace and put “supporting white supremacy” and I hit accept, it’s ok and it lets me have my asking rate of $500. White supremacy,” he said. “But God forbid, let me put Black Lives Matter on there, watch, it says it’s a threat — boom.”

He then points to the notification that pops up flagging the language, saying, “To continue, remove any inappropriate content.” 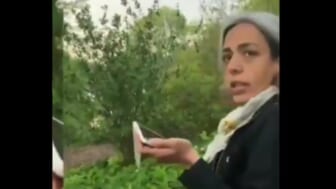 “Can’t say that, I cannot say Black people, this is my screen recording,” Tyler said in an emotional video. “We’re tired, we’re tired.”

The same notification appeared when Tyler tried typing in “black success,” ”black people,” “black voices,” and “black.” Tyler then tried similar phrases using white instead of black. He typed in “white success” and “white voices” into the description box and both appeared to go through.

In another video, he showed how a TikTok user could type in “I am a neo nazi” and “I am anti-Semitic” into the Creator Marketplace bio, and the platform would accept it.

“God forbid I type this in, let me get rid of that, let me say, word of the day, I am a Black man, what you think it’s gonna say? Threat. I’m done,” Tyler said.

“The issue here is not necessarily these other demographics, it is specifically Black,” Tyler said. “The issue is Black.”

TikTok came out and issued an apology.

“Our TikTok Creator Marketplace protections, which flag phrases typically associated with hate speech, were erroneously set to flag phrases without respect to word order. We recognize and apologize for how frustrating this was to experience, and our team has fixed this significant error,” a TikTok spokesperson said in a statement obtained by NBC News. “To be clear, Black Lives Matter does not violate our policies and currently has over 27B views on our platform.”

This comes on the heels of Black TikTok creators going on strike as they refused to make dance videos in protest over white creators receiving credit and recognition for their routines. 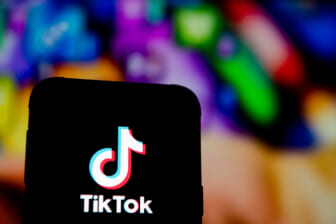 Meanwhile, TikTok maintains that it is committed to diversity and inclusion.

“As we shared in our progress report last June, racism and discrimination have no place on TikTok and we’re committed to specific, concrete actions in our push to build an inclusive platform reflective of our diverse world,” TikTok stated in a previous statement shared on their website.

“We believe that the diversity of our community is a huge part of what makes TikTok a rewarding and inspiring place to spend time, and we’re driven to actively promote and protect it every day. Over the past year, our teams have continued working to elevate and support Black voices and causes, while fostering an inclusive environment on our platform and within our workplace.”