theGrio’s Top 50 books to read this summer: ‘Love and Romance’ 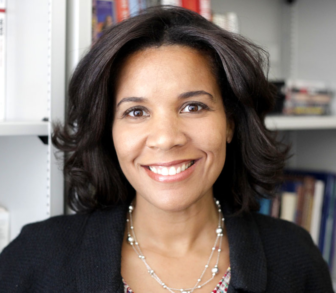 Some Black authors of romance are absolute perpetual must-reads: Alyssa Cole, Talia Hibbert, Beverly Jenkins, and Christina C Jones for a start. These are also the authors and books everyone who’s either a fan or romance-curious has already read. The selection below focuses on books that are specifically relevant to the themes of this moment.

For more recommendations in this category, see: Finding Black joy in romance novels.

While We Were Dating by Jasmine Guillory

Continuing our theme of Black love and Black glamour, Guillory’s sixth novel is a sweet and steamy workplace romance with a fake dating twist between an African American actress in need of a boost and the adorable advertising executive she’s working with on a major TV ad campaign. This Black love story is surprisingly low angst given the potential MeToo minefield their situation evokes. The maturity and supportiveness of the male love interest makes the whole thing feel like a warm hug.

Act Like You Mean It by Shae Sanders (Indie Black romance)

A super sexy novella that looks to be ripped from current celebrity gossip headlines. Without naming names, I’ll just say many will recognize the real-life inspiration behind this story. After a disastrous interview, a Black leading man known for primarily dating an abundance of so-called “snow bunnies” tries to fix his flagging brand and reputation in Black communities by fake dating a Black socialite. This author was new to me, but this book grabbed me right from page one.

Two things stand out: First, scorching hot and slow burn don’t often go together but here it really works. Act Like you Mean It is a slow burn with habanero/Scotch bonnet levels of heat once they finally get going. Second, a lot of people talk about fake dating as a tool for image management, but this is the most fully fleshed out portrayal I’ve seen: negotiations, strategy; the specific tactics and guidelines for social media. Sanders fits a whole comm strategy inside a romance novel. I don’t have inside knowledge of the influencer scene, but Sanders’ portrayal  is thorough and convincing.  I always learn a lot from Black Twitter and Bookstagram. This gem appeared on my radar via @FunmiReadsHEAS @Ariesreadtoo and @BBrRrviews.

Danielle Allen is the romance writer other writers adore. A super steamy and rewarding second chance romance. Twenty years after their last tutoring session in college, a nerdy girl and the jock she had no idea liked her back, meet again by chance and the chemistry is fire. Recommended by romance queen Kennedy Ryan @KennedyrWrites and I heartily concur!

A tear jerker about love, family, and music that alternates between a love story just taking flight at the Monterey Pop Festival in 1967 and a father and son packing up their family home in 2010 and deciding what to keep and what to let go. In 1967, Alonzo was a cub reporter covering music for the famed Village Voice. At the festival, he’s joined by talented and sharp photographer Ada Carr, a force in her own right who just might be his true love. A gorgeous story about multiple kinds of love, beautifully rendered by a queen of indie romance.

A complex and mature friends-to-lovers romance between two men who’ve known each other for twenty years. When Carlton becomes a surrogate parent to his niece, he enlists his BFF Deion, on sabbatical from his teaching gig, for support. The men grow closer, becoming family and then lovers. Their slow burn mutual pining will make your heart ache for them both.

There’s nothing whitewashed about this smart and sexy Afro-Latinx series set in New York. All of the books in Adriana Herrera’s Dreamers series masterfully combine the swoon with an abundance of important truth and social realities. Book 3, American Love Story, about a BLM activist/professor and a local assistant district attorney, might be my favorite. It’s the hardest hitting. But the journey starts in American Dreamer, with Nesto, a hard-driving food truck owner of Dominican descent, and Jude, a sexy sweet librarian raised in a conservative white evangelical religious family. Their path to love is believably rocky, the happy ending well earned. They are beautiful together. Bonus rec: One Week to Claim It All. A woman competes with the former childhood best friend and lover turned enemy for the top spot in her dead father’s Latinx media empire.

Harbor by Rebekah Weatherspoon (LGBTQ, Indie Black Romance). An original and beautifully written Black polyamorous romance with a romantic suspense twist, Harbor centers three people brought together in the aftermath of a tragedy. Shaw and Vaughn are long term lovers who are surprised to be so taken with a woman they’ve recently met after their last lover let them down in a serious way. I loved the way these men loved each other and how they made room for new love to grow and the surprising bits of humor along the way. One of my personal faves.

I’m observing #JenkinsJuly in honor of the trailblazing and reigning queen of American historical romantic fiction, Beverly Jenkins, so even though she is already on our must-have list, I’m sneaking in one tiny recommendation. I’ve read a lot of Jenkins. I reviewed her latest, Wild Rain, and it is fantastic. If you have time for a project, I highly recommend her historical novels about the Exoduster Movement from the post-Reconstruction South to the West and Midwest: Night Song, Always and Forever, Something Like Love, and Wild Sweet Love.

But if you want one standalone recommendation above others, I’d say start with Indigo, a historical romance set just prior to the Civil War, and still my personal favorite. Hester and Galen are both abolitionists, conductors on the Underground Railroad, who risk their lives to help shepherd enslaved people to freedom. While Jenkins is a stickler for period detail and fills her stories with social and political current events and issues, her stories are always deeply romantic, steamy, and emotionally rewarding on a visceral level. It’s an art. Indigo epitomizes that special Jenkins alchemy. It is richly detailed and political. But Indigo is most famous for the incredible chemistry between the leads and for the devotion of Black Daniel (as he’s known in his activist persona) for his Hester despite the social conventions of the time that said a dark-skinned formerly enslaved woman like her is no match for an aristocratic Creole man. It’s fun to watch them prove the naysayers wrong.