Moore is responding to chemotherapy and radiation treatment which has helped reduce the size of her tumor, Channel 2 Action News reported on Wednesday. It is a positive development that was discovered after doctors looked over her most recent brain scans. 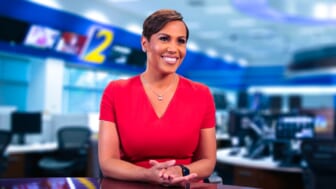 Moore, who has been with the station since 1998, wanted to share the update with the public and supporters.

Last month, Moore revealed that she’d been diagnosed with glioblastoma which is an aggressive, malignant form of cancer that can affect the brain or spine. Some of the symptoms include headaches, loss of appetite, blurred visions, and seizures.

There is currently no cure for the ailment but chemotherapy can be effective which it has been in Moore’s case. In April, the veteran anchor shared in a segment on Channel 2 Action News that she suspected that her health was possibly compromised after becoming disoriented and forgetful, theGrio previously reported.

An MRI confirmed that there were two small tumors on her brain. She subsequently underwent surgery which required 10 weeks of recovery.

“It’s significant,” she addressed the audience. “It’s gonna be a lot. Two little tumors kind of near each other, and they got to go. We had to start then having a conversation about what that was and what that meant.”

Moore is currently undergoing treatment at Emory University Hospital in Atlanta under the care of her surgeon, Dr. Edjah Nduom. Nduom performed the brain surgery on Moore and was granted permission by Moore, 53, to speak about her condition.

“As a neurosurgeon, we like to pride ourselves with our skills and what we can do with our hands. (Glioblastoma) is not something I can cure with surgery alone. The reason for that is that gliomas, and glioblastoma in particular, they have these tentacles that go beyond the lesions that we can see on a scan and beyond what we can see with our operating microscopes,” Nduom said in July.

Nduom added that Moore was “in good spirits, she was with friends and family as always.”

WSB-TV Community and Public Affairs Director Condace Pressley, who has known Moore for two decades praised her as a “fighter.”

“We laugh and you know sometimes we talk about stuff and we may cry a little bit, but at the end of the day, she is a fighter, and she is surrounded by love and prayers and positivity,” Pressley told Channel 2′s Justin Farmer in an interview last month. “She’s a very strong woman and is raising three very strong kids who are, as we all are, right there with her.”

Pressley shared that Moore was encouraged by the outpouring of love, support, and prayers which were lifting her spirits.

“The love, the prayers, the positivity is welcomed. She feels it and we need to keep it coming,” Pressley said.

Well wishes can be sent online to the station in addition to receiving updates on Moore’s condition.