According to new data from a large-scale trial study, Johnson and Johnson’s COVID-19 vaccine was found to be highly effective against the Delta variant of the virus.

The delta variant, which first appeared in December 2020, is a highly transmissible version of the coronavirus that is said to spread as easily as chickenpox. In June, 30% of the new COVID-19 cases were the delta variant.

“Current data for the eight months studied so far show that the single-shot Johnson & Johnson COVID-19 vaccine generates a strong neutralizing antibody response that does not wane,” said Mathai Mammen, the global head of Janssen Research & Development at Johnson & Johnson, in a press release. “Rather, we observe an improvement over time. In addition, we observe a persistent and particularly robust, durable cellular immune response.”

The shot was also found to be 67% effective at preventing hospitalization against the Beta variant. 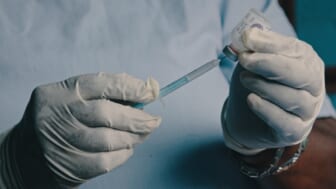 The new data about the Johnson & Johnson (J&J) vaccine comes after months of troubling communications about the shot.

In mid-April, the Center for Disease Control and Prevention (CDC) and the United States Food and Drug Administration (FDA) announced the immediate pause of the J&J vaccine after it was linked cases of a rare type of blood clot that affected six out of the nearly 7 million people who took the vaccine.

Not only did this cause widespread skepticisms about the efficacy of COVID-19 research and vaccinations in general, it particularly was troubling for Black Americans, who have a deeply rooted distrust of Western medicine due to a long history of racist medical practices. Currently African Americans lag behind their white counterparts in vaccine uptake, and are disproportionately dying from the virus.

There have also been concerns about the vaccine’s effectiveness for newer strains of the virus which have broken out in the U.S. and China.

In addition, a U.S. study from June found that the J&J shot produced low levels of antibodies against the delta variant. The pharmaceutical company said those results were not peer-reviewed and only focused on one aspect of protection.

The promising results show a positive turn for the prevention of COVID-19 in countries like South Africa. 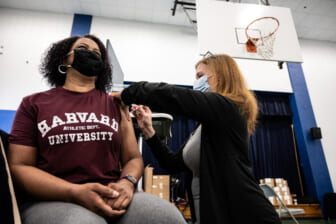 In March of this year, J&J entered a deal with the African Union to supply as much as 400 million vaccines to countries in the predominantly Black continent. The virus has infected more than 4 million people in Africa and has killed more than 120,000.

The single-shot dose is likely to be beneficial to the continent, which potentially faces major obstacle when it comes to the logistics of issuing two vaccine doses to more than one billion people that are widely dispersed.

The J&J study was analyzed health care workers at 120 rural and urban sites in South Africa from February 17 to May 17. The complete analysis of the results is not yet over and said results have yet to be published in a peer-reviewed journal.