Commenters on Twitter appeared split on whether Morhad Amdouni did the act on purpose or if it was an accident.

French long-distance runner Morhad Amdouni is being blasted for what appears to be an act of poor sportsmanship during one of the last events of the Tokyo Olympics.

During the men’s marathon, Amdouni is seen approaching the water station, a table of small water bottles, and knocking over a row of them. He then takes the last one in the row for himself.

On Twitter, former Olympic runner Ben St Lawrence shared footage of the incident, asking in his caption, “Thoughts on Amdouni knocking over an entire row of water before taking the last one?”

Commenters were split on whether Amdouni did the act on purpose or if it was an accident.

“Morhad Amdouni (France) deliberately knocks over all the water for his fellow contesters in the marathon,” Dutch politician Peter Valstar wrote. “Abdi Nageeye (Holland) was directly behind him and didn’t get a bottle. Nageeye won silver. Amdouni finished 17th. Karma is a b*tch.”

“It is not deliberate at all,” one replied. “After nearly 30km with this temperature, it can be difficult to grab something. Also specific bottles for each participants are available before the video.” 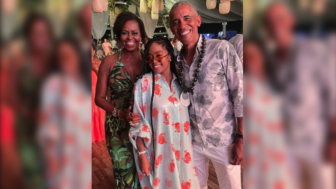 The Tokyo Olympics closed on Sunday and marked the end of what many are calling the “strangest games on record.”

Taking place a year late due to the global coronavirus pandemic, several athletes dropped out because of positive test results, including American tennis star Coco Gauff. Other issues such as mental health arose as Simone Biles opted out of several competitions due to battles with ongoing anxiety.

However, there were many highlights including Team USA gymnast Sunisa “Suni” Lee, who took home the gold in the individual all-around, plus the men’s and women’s basketball teams both took home the highest honors. Track star Allyson Felix became the most decorated American track and field athlete ever at this year’s Olympics, winning her 11th medal. In doing so, she broke Carl Lewis‘ record of 10 medals set in 1996. 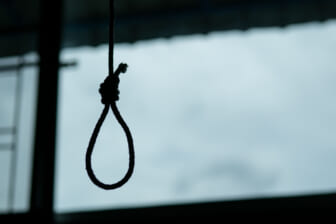 According to CBS News, a program from the closing ceremony captured the unique nature of the games, declaring: “We are in a new normal, and this edition of the Games were a different affair.”

“Even if we cannot be together,” it said, “we can share the same moment. And that is something that we will never forget.”