Dean Obeidallah asked if Indiana Senator Mike Braun wanted "to go back to slavery and white men only voting too?!"

Indiana Senator Mike Braun was given a brief history lesson on Twitter Sunday after the Republican lawmaker declared in a tweet, “The Founders never intended the federal government to grow to this size.”

From the floor of the Senate, Braun talked about being an entrepreneur and said, “I don’t think the founders ever intended us to grow a government like this, that for all the good intentions of policy we want to put in place, to where we do it on the back of borrowing money.”

He tweeted his speech Sunday afternoon, hours after his initial decrying of the federal government’s size.

Radio host Dean Obeidallah noted on Twitter, “The Founders only intended on allowing white men who owned property vote. The Founders enshrined slavery in the original Constitution with the Fugitive slave clause and the three-fifths compromise. Does GOP Sen Braun want to go back to slavery and white men only voting too?!”

Another user schooled Braun, saying, “They designed for 13 colonies, none of which extended much more than a few hundred miles from the Atlantic. They thought women were property and only bothered to count 3/5 of whole black bodies. Leaching was still a thing, too. Surprise: the world has moved on from 250 years ago.”

Another detractor wrote, “Given the number of times their framework has already been amended and ratified, who even cares what they intended 250 years ago?” 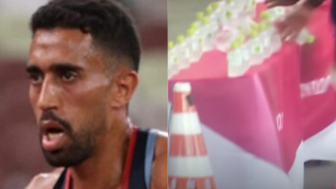 “They’re not prophets. They’re not even our landlords,” he continued. “This is our home. Let’s build America for today and future generations…not for our ghosts.”

“A lot of things they never accounted for,” maintained another Twitter user. “Internet. Cyber Security. Abolition of Slavery. Women’s Suffrage. Maybe we should use our big boy brains and start recognizing that they gave us a solid framework to guide us as we work towards an equitable and free society for all.” 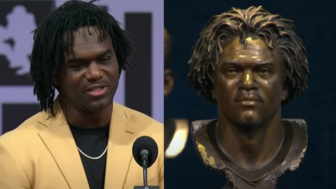 A February 1986 New York Times Magazine article appropriately titled, “What did the Founding Fathers Intend?” written by Irving Kaufman, a former chief judge of the United States Court of Appeals for the Second Circuit, opined, “The Founding Fathers focused not on particularities but on principles, such as the need in a democracy for people to engage in free and robust discourse.”

One Twitter user summed up the most common response to Braun’s comments, writing, “The founders never intended for a lot of things, including ending slavery or women having rights, maybe stop using ‘the founders’ as an excuse and start paying attention to current reality.”