Republican Sen. Tim Scott is fast becoming a major force within the party, and there are even whispers of a 2024 presidential run. 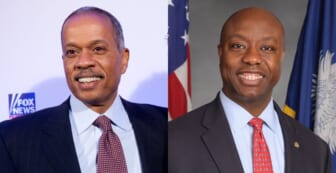 GOP mega-donors are said to be flocking to the South Carolina senator, building 2024 buzz, Politico reports. Earlier this year, Scott flew to Hawaii to meet billionaire tech mogul Larry Ellison at his remote Lanai Island home. Since last October, the Oracle co-founder, one of the richest people in the world, has contributed $10M to the pro-Scott super PAC Opportunity Matters Fund.

“Scott’s behind-the-scenes courtship of Ellison illustrates how the senator has quietly become a powerhouse fundraiser and a major force within the Republican Party. Scott, the only Black Republican in the Senate, has seen his profile rise since delivering the party’s response to President Joe Biden’s joint address to Congress in April and is developing a vast network of small- and large-dollar donors that spans his party’s ideological spectrum, helping him far outraise Senate colleagues this year,” Politico wrote.

Bay Area-based investor Bill Oberndorf called Scott “that rare politician who you can trust to be good to his word.”

The super PAC spent more than $4M backing dozens of Republicans during the 2020 campaign.

“I definitely consider Tim to be someone who has the integrity and experience to be president of the United States,” said Oberndorf, who has given millions of dollars to Republican causes over the years, per the report.

Philanthropist Ben Navarro, a Charleston, S.C.-based businessman, is said to be another major donor, giving the pro-Scott super PAC $500K.

The Opportunity Matters Fund has raised more than $13M since its founding, with 75% coming from Ellison.

Scott, the only Black Republican in the Senate, has repeatedly noted that he is not gearing up for a 2024 run. His primary focus is on a 2022 reelection campaign in South Carolina. He has raised more money than any candidate from either party up for reelection, per Politico.

Most recently, Sen. Scott said race is being “weaponized” by Democrats in response to opposition over Georgia’s election law and the filibuster.

“One is a political statement or stream of consciousness on the issue of race,” Scott said on the “Real America” podcast. “Race, from a political perspective, is being weaponized in a way that it’s never been done before, and it’s being weaponized by the left because they find that to be very profitable.

And frankly, if you can tell someone who the boogeyman is, then you don’t have to worry about that part of society anymore,” he said. “It’s a very dangerous weapon.”

Scott noted that passing reforms can hit a snag when you “weaponize it in the way that Democrats are doing.” 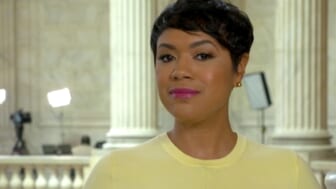 “Think about just last year, when in fact, we had a chance to pass police reform that could have helped in Kenosha, Wisconsin, when the young man that was having a mental episode was shot and killed by the police,” Scott added. “If we had passed the police reform, we could have had the resources for training on de-escalation.”