If the For The People and John Lewis Voting Rights Advancement Acts are passed into law, they would address concerns of voter suppression while making it fairer for all to vote, no matter their party affiliation

The November 2020 presidential election became a spectacle not because of the inevitable ouster of former President Donald Trump, but also for outlandish charges of voter fraud and the pretense of a stolen election. With 2022 midterm elections looming and many significant potential changes to the U.S Congress afoot, the For The People Act aims to restore American democracy and will make the voting process fairer for all, no matter their party affiliation.

As many might recall, Georgia was a significant turning point in not only the presidential election but also a pair of tightly contested U.S. Senate races that gave the Democratic Party a congressional advantage in numbers although slim in nature. As a result, pundits on all sides naturally zeroed in on the various machinations that both galvanized voters and inconvenienced them in certain regards.

The pandemic brought on challenges that affected the election cycle and continued cropping up just as the public health crisis was raging on without much of a response from the Trump administration. Organizers operating outside of party lines and instead in the name of civic participation nationwide began to put actions on the ground to, at the root, make sure that Americans who wished to pull the lever for their preferred candidate could do so without a hitch.

On Thursday, the U.S. Census Bureau released data that will be used for redistricting plans across state legislatures and in Congress. The redrawing of the legislative maps could lead to gerrymandering which would negatively impact voting districts with higher numbers of people of color. Fair Fight Action has been supportive of the passing of the For The People Act and the John Lewis Voting Rights Advancement Act to bring forth needed protections at the voting booth. 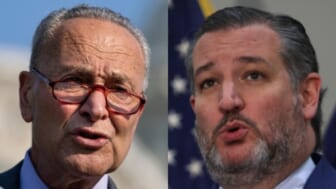 The For The People Act will address partisan gerrymandering head-on among congressional districts by banning the practice altogether. The legislation would ensure an accurate reflection of the voters in their respective districts with the added assurance that the leaders will become elected as officials who will represent the concerns of their constituents under the law.

The John Lewis Act takes further steps by enabling the federal government to do away with partisan gerrymandering that impacts communities of color at a disproportionate rate. The bill will also restore and update the preclearance provisions of the Voting Rights Act of 1965 which prohibits jurisdictions known for voting discrimination violations from making changes that would hinder Black and brown voters without getting preapproval from the Justice Department or a federal court.

Fair Fight Action, founded in 2018 by Stacey Abrams, has been instrumental in bringing about the promotion of fair elections nationwide and the all-important aim of getting voters to the polls. Fair Fight also has launched a campaign in support of the For The People and John Lewis Voting Rights Advancement Acts by way of a new ad depicting a group of young African American men speaking candidly about their voting rights and what’s at stake as the bills continues to face barriers from Republican lawmakers.

The Freedom To Vote ad was produced in collaboration with McIntosh Studios, a Black-owned film studio located in Georgia. In the ad, the group of 20-to-30-something men are engaged in a conversation centered on getting constituents on the phone to call their senators and push the bills through for passage.

In a brief chat with Fair Fight Action spokesman Freedom Alexander Murphy, theGrio learned more about the ad and what the campaign hopes to inspire by encouraging Black male voters to get involved and call their senators in order to get the massive voting rights laws in motion.

After diving in deeper regarding the Republican Party’s resistance to both voting rights bills, Murphy said “resistance to the For the People Act and the John R. Lewis Voting Rights Act should alarm all Americans because access to the ballot box is not a partisan issue.

“This year, more than 400 anti-voter bills in 48 state legislatures have been introduced – many of which seek to erect barriers that would overwhelmingly harm Black voters by limiting access to drop boxes, shortening early voting periods, banning volunteer distribution of food and water to voters in line, and purging voters.”

Murphy added, “It is critical that Congress take immediate action to protect our freedom to vote, especially as the U.S. Census Bureau is set to release in-depth demographic statistics, igniting state legislatures to engage in partisan gerrymandering to redraw congressional district lines in ways that dilute the voting power of communities of color.

“Congress has an opportunity to stop this from happening by passing both the For the People Act and the John R. Lewis Voting Rights Act. The foundation of our democracy rests on the idea that each person’s voice is given equal weight at the ballot box, and that voters are able to choose leaders – not the other way around.”

In 2022, 34 U.S. Senate seats will be up for grabs and all 435 seats in the U.S. House of Representatives will also be on the line to swing in favor of the two major parties.

With partisan bickering increasing between members of the Congress and a looming specter of the past administration’s hardline stances, time will tell if the people will be effective in demanding from their elected officials that their voting rights are no longer under risk or compromise.