Parent assaults teacher over mask dispute at a California school

A California teacher was assaulted by a parent during an argument about his child wearing a mask on the first day of school.

The Amador County Unified School District Superintendent Torie Gibson said on August 11, that a parent verbally assaulted the principal of the Sutter Creek Elementary School over their mask policy. When a teacher stepped in, the parent attacked him.

“The teacher was bleeding,” said Gibson to KCRA. “He had some lacerations on his face, some bruising on his face, and a pretty good knot on the back of his head.”

In a late July announcement, the California Department of Public Health required that all students and staff members wear a mask, regardless of their vaccination status. Masks are not required outside, however.

The district’s policy reflects the state’s guidance which also says that staff who are vaccinated should provide proof so they can remove their masks indoors when children aren’t present. 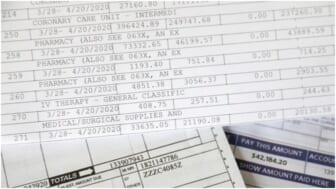 The teacher was treated at a hospital and has since been released.

“Remember, we are not the ones making the rules/mandates, we are the ones required to follow/enforce them if we want to keep our doors open and students at school five days a week,” said Gibson in a letter to Amador County families. “I beg that we do our best to set all feelings aside and look at what is best for students. We know emotions are high, and conversations are intense. We must promote and support school environments that are compassionate and sympathetic.”

The attack on the Sutter Creek Elementary school employee comes after months of preparation from the state on how to safely reopen for the fall school year.

Some of the mitigation strategies outlined by the California Department of Education include teachers and support staff getting vaccinated, masks being worn by students and staff indoors, and quarantining when one is exposed to the virus.

In an August 9, Health and Safety Plan from the Amador County Unified School district, the district reiterated many of the recommendations from the state, with parameters for mask exemptions for students with medical conditions.

The exemption, however, still requires students to have a “non-restrictive” barrier like a face shield.

The community has had mixed reactions to the attack. Gibson has said that she has received some angry emails after sending out the letter.

Some parents who spoke to the local news said they are upset about the violence on the school’s campus and support the teacher who was attacked.

“When it bleeds out onto and into locations where our children are, that’s not okay,” one parent said to KCRA. 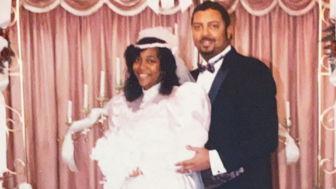 After reopening in in June 2021, California has had a surge in COVID cases and hospitalizations — the majority of which are from unvaccinated residents. Governor Gavin Newsom took progressive action in July by requiring all state workers, health care works and high-risk individuals to show proof of vaccination or be subjected to testing at least once a week.

The superintendent says that the parent is no longer allowed on school property, but the student can return to school.

A police report was filed to the local police and the district is working closely with the District Attorney’s office.

“If it’s appropriate to press charges, we will do that,” Gibson said. “If they tell me it’s not appropriate, I will trust them.”