A Chicago homeowner is furious after security footage captured a man trespassing on his property and removing a Black Lives Matter sign.

CBS 2 spoke with Dimitri Hepburn over the shock and outrage he’s experiencing over the violation.

“I was livid when I saw the video,” he told reporter Tim McNicholas.

Hepburn is a resident in the North Park neighborhood of the city. His security video shows a white man walk onto his property, pick up a Black Lives Matter sign, and turn it face down after the sign lands on its side.

“He took the time to turn it over so that it was face down,” Hepburn shared. “It was, I don’t wanna say unbelievable, but shocking. I think he needs to be held accountable.” 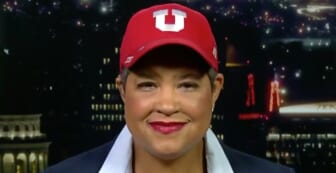 The sign has been in the Hepburn’s yard for months. Prior to this, the couple say they never had any issues with vandalism of any sort. Mrs. Hepburn put the sign back up after realizing it was taken down.

“There is clear delineation between what is public property and what is our garden, our private property,” Hepburn stated. 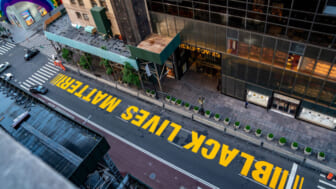 Hepburn and his wife contacted Alderman Samantha Nugent of the 39th district to report the incident. Nugent’s office promised they’d investigate. Her office released an official statement to CBS2 expressing their support to the Hepburns. The statement reads:

This incident surrounding the Black Lives Matter sign being removed is unacceptable in the 39th Ward. I have been working with various city departments throughout the day in an attempt to identify the individual in the video and which department they may work. It is believed the individual is connected with the Department of Water Management (DWM) either as an employee or as a contractor. The DWM is working to identify the individual and confirm they are an employee of the department. It is the standard procedure of the Department of Water Management to refer issues of this magnitude to the Office of Inspector General for a complete investigation and necessary action.

With the culprit potentially being an employee or contractor for the city, the city’s water department spoke out in contempt of his actions, also providing a statement to CBS2, noting:

This incident goes against our values as a City. The Chicago Department of Water Management does not tolerate any misconduct on the part of our employees. We are working on confirmation that this is a DWM employee and have referred the matter to the Office of the Inspector General