The group's social media accounts were updated, but Knowles says the band is not getting back together anytime soon

If you were secretly hoping for a Destiny’s Child reunion anytime soon, Beyoncé’s father Mathew Knowles has made it clear this week that’s not gonna be happening. 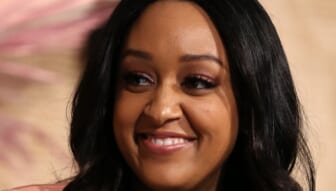 Knowles, who has been with the band from the very beginning, is still technically DC’s official manager. On Friday, he told TMZ that despite any rumors to the contrary, there are currently no plans for the iconic girl group to reunite, get in the studio to make another album, or go on tour.

This clarification from the 69-year-old comes on the heels of legendary singer and actress Barbra Streisand‘s stunning revelation that she thought the 2018 remake of A Star is Born should have starred Beyoncé and Will Smith.

As we previously reported, the updated version, which starred Bradley Cooper and Lady Gaga, was nominated for eight Academy Awards, but only took home the statuette for Best Original Song.

But in a recent interview with the Australian TV show The Sunday Project, Streisand said, “At first, when I heard it was going to be done again, it was supposed to be Will Smith and Beyoncé, and I thought, that’s interesting. Really make it different again, different kind of music, integrated actors. I thought that was a great idea.”

While the singer-actress celebrated the success of the film, she said, “I can’t argue with success but I don’t care about so much about success as I do originality.”

The 1976 version of A Star is Born is also a remake. The original film was released in 1937, in which a fading movie star helps an aspiring actress pursue her career. Another version was released in 1954, which starred Judy Garland as a rising singer.

A Streisand fan echoed her sentiments on Twitter, writing, “She is right that her version of A Star Is Born was remade into the 2018 version. Same music genre and so on. The past remakes were very different. This is nothing controversial. She is not saying they copied her version. Just that it would’ve been interesting with Beyoncé.”

Streisand’s version of the film also won the Academy Award for Best Original Song for “Evergreen,” the love theme from A Star is Born.

While Smith has a lengthy, celebrated filmography, Beyoncé has only been in a handful of films. Her most recent, The Lion King, featured her vocal talents, along with other films like Dreamgirls and The Fighting Temptations.