The Star Trek icon has been caught in a years-long conservatorship battle, and her friend Angelique Fawcette has opened up to 'People' about what comes next

Nichelle Nichols‘ friends have spoken out publicly after her son sold her home. 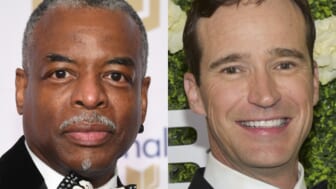 Nichols, 88, the actress known for her role as Lieutenant Uhura on Star Trek, has been caught in an intense conservatorship battle, as theGrio reported earlier this week. “Nichols’ only child Kyle Johnson won a petition for conservatorship of the actress — who is suffering from dementia — in 2018,” per theGrio’s Biba Adams.

Her son reportedly alleged that Nichols’ former manager, Gilbert Bell, had lived in Nichols’ guest home, and was subsequently taking advantage of her “finances and personal affairs.” Angelique Fawcette, Nichols’ close friend, and Bell are fighting against the conservatorship, declaring that Nichols “can manage her affairs.”

In a recent report from PEOPLE, Fawcette opened up to the magazine, calling the conservatorship battle, “painful to watch.” She shared, “She’s been like a mother to me. It’s been horrendous. It’s been painful to watch her go through this experience.”

Particularly painful, Fawcette says, was when her son sold her home in Woodland Hills, California reportedly against the actress’ wishes.

“When the house was sold, I was very hurt for her,” she told PEOPLE. “She has no place to go back to anymore. It hurt me because I knew that it would hurt her. She stated that she wanted to remain in her home, yet the court let her son move her out.”

Bell also opened up about the house, saying that, “Her home is gone. It’s been sold out from under her. She would be horrified if she knew that.”

“She was proud of [that house]. She designed it. She helped build it,” he continued. “She planted the trees on it. It was a dream come true for her. No matter where we were, when she came back from a convention and she would come into her home, she would sing to the house and say, ‘Hello, home. Hello, house. I’m home.'”

Nichols’ conservatorship battle has been compared to Britney Spears‘ high-profile case, theGrio previously reported. Through the #FreeBritney movement, a light has been shined on conservatorships in general and the moral questions behind their effectiveness. 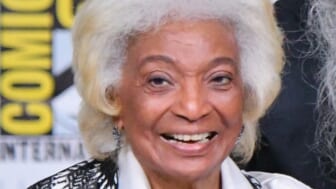 While both Fawcette and Bell revealed they are heartbroken by their friend’s situation, they are not done fighting for her.

“When you have a relationship with someone, that relationship is always going to remain in your heart and soul,” Fawcette told PEOPLE.