An Atlanta rapper wanted in connection with a May shooting was arrested after he fled officers and crashed his car during a highway chase.

Ibnisa Durr, a 25-year-old performer who uses the name Paper Lovee, was jailed on charges of obstruction of law enforcement, trying to elude officers and possession of a firearm by a convicted felon, The Atlanta Journal-Constitution reported.

Authorities said Durr was also wanted on aggravated assault charges in a May shooting, and he fled Friday morning when Atlanta police tracked him to an apartment in suburban Sandy Springs. Police said Durr sped away on Georgia 400 until he crashed his car on the highway and police cruisers boxed him in. 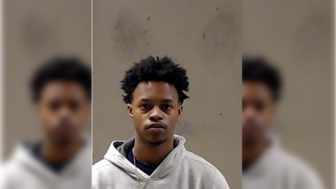 Durr crashed into two patrol cars before coming to a stop, and one officer was taken to a hospital to be evaluated for a head injury, said Sgt. Sal Ortega, a Sandy Springs police spokesman. He said Durr got out of the car with a gun in his hand, and officers wrestled him to the ground in a struggle before his arrest.

Though he’s an unsigned artist, Paper Lovee has more than 250,000 followers on Instagram, the newspaper reported.

It was not immediately known if Durr had an attorney. 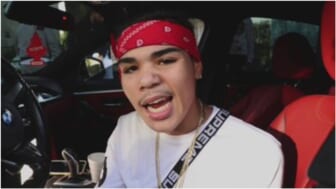 The aggravated assault charge aganst Durr stems from a May 30 shooting in which a 25-year-old man was shot multiple times during what witnesses said was a fight outside a neighborhood grocery store.