The victim was gunned down in the street earlier this year and investigators linked the rapper to the crime.

A Georgia grand jury has officially indicted rapper Silento for the January shooting death of his cousin.

theGRIO previously reported, Silento, born Richard Hawk, was arrested and charged earlier this year with the murder of his cousin Frederick Rooks. The victim was gunned down in the street on Jan. 21, in DeKalb County, and investigators linked Silento to the crime.

According to a report from The Atlanta Journal-Constitution, police gathered video from the security cameras of several neighboring residences. The footage showed several cars fleeing the scene. 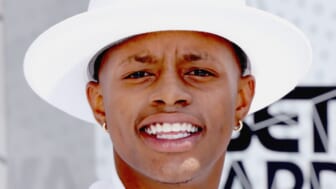 In February, Silento was charged with one count of murder and has been jailed without bond since. As reported by TMZ, his team claims he has long suffered from various mental health issues.

The grand jury has slapped him with four felony charges, including one count of malice murder and one count of felony murder. He’s also charged with aggravated assault and gun possession during the commission of a felony, according to the report.

Hawk has had several interactions with police in the past year. In August, he was arrested twice in one week on domestic violence charges. The incidents occurred in Los Angeles, where police responded to a domestic disturbance.

He was booked and released; then, the next day, he was arrested after showing up at a home wielding a hatchet, claiming he was looking for his girlfriend. One of the occupants reportedly had a gun and was able to disarm him.

The homeowners and their children were home at the time of the harrowing intrusion and luckily no one was harmed. Hawk’s girlfriend did not live in the home. TMZ reported that a friend of the artist arrived on the scene and informed Hawk that he was in the wrong house. The two reportedly fled as the police were called.

Officers caught up with Hawk and took him to jail. At the time we reported that the YouTube star — who went viral in 2015 with his hit “Watch Me (Whip/Nae Nae)” — was facing two felony counts of assault with a deadly weapon, the LAPD said in a news release.

Just two months later, in October, Hawk was arrested after police clocked him driving 143 mph on an Atlanta highway. According to the incident report, he claimed he was being followed.

“If there is like 10 cars following me, I can do 143 because I am not a regular person, and you could go look on your computer and it would tell you that,” the incident report said the rapper contended as he tried to justify his excessive speed with his celebrity status. 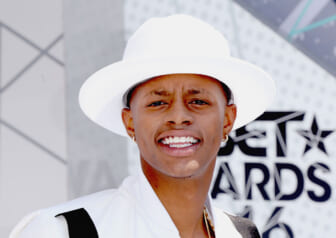 “Watch Me (Whip/Nae Nae)” was a social media phenomenon in 2015, and peaked at No. 3 on the Billboard Hot 100. The single has been certified six times platinum. Hawk told The AJC he released the song to prove his classmates wrong after losing a school talent show.

He dropped his album, Fresh Outta High School, in August 2018.