Disney reveals details about new ‘The Princess and The Frog’ ride

Princess Tiana will invite guests into the new attraction, which will be set as an adventure on the bayou.

Princess Tiana is finally getting an attraction at a Disney theme park.

A New Orleans-inspired theme will be the center of the attraction based on the 2014 film, The Princess and the Frog. Disney has finally shared some details about what fans can expect from the forthcoming ride, which will be featured at both Disneyland and Disney World.

At a press conference on Monday, Disney Imagineering Senior Creative Producer Charita Carter said her squad is crafting an all-new story for Tiana and her friends’ adventurous ride, which will feature familiar characters from the film and some new characters as well, according to NOLA.com. 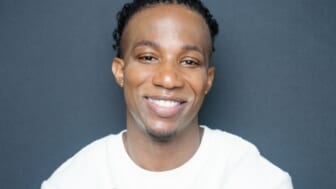 Per NOLA, Carter said, “We want our guests, who are from all places around the world, to say, ‘Okay, this is a really special place.’ But it’s also important for our guests who come from New Orleans to say, ‘Yes. This is my home. They did it. They got it right.’ And that’s why we’re so diligent in our research.”

“What we did was, we pitched to her our concept,” said Carter of Mahdy, per NOLA. “We didn’t show her any of our storyboards, we just pitched it to her, because we wanted to see from her perspective, from a native New Orleans artist, how she would interpret what we were saying and how it resonated with her. So she painted this amazing piece, and then in turn when we saw it, it inspired us.”

Splash Mountain has been at Disneyland since 1989 and Walt Disney World since 1992.

Tiana will invite guests into the new attraction, according to Carter, which will be set as an adventure on the bayou, per NOLA.com. The journey will end with a huge Mardi Gras celebration. 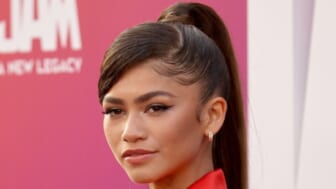 Carter noted that the ride — which has yet to be be publicly named or given a timeline — will feature next-generation audio-animatronics that are more advanced than other attractions at the park, the outlet reported.

She notes the ride’s track system will remain: “The ride system, in terms of its ebbs and flows,” she said, “will be something we’ll be consistent with, but we’re going to wrap a new story around that.”

“We have such an opportunity to give our guests a lot of the music they recognize, maybe with a new twist,” she said, “and there might even be some new tunes that we incorporate and weave into the story.”

Correction: This story previously credited another outlet for source information. The article has been updated to give credit to the correct outlet.