Louisiana officer dies from COVID-19 one day before wedding

Demarcus Dunn was also a veteran and local sports coach

A Louisiana family is feeling lost in the wake of the passing of their loved one and a fiancée is left to pick up the pieces after losing the love of her life just one day before their scheduled wedding.

“We have lost our teddy bear, Lieutenant Demarcus Dunn,” Carl wrote in part. “To me, he was just a big teddy bear, full of love for everyone he met… I have to thank our God for blessing us with Demarcus.” 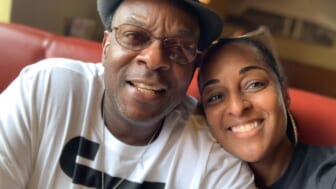 Also Read:
Why my father changed his mind about getting a COVID-19 vaccine

In an interview with ABC News, Carl said his 36-year-old cousin died just one day before his wedding. The couple initially planned to marry in July 2020, but like millions of other couples were forced to postpone their big day due to the pandemic.

“She’s lost without him,” Carl told the outlet. He also revealed that Demarcus, a father of three, was unvaccinated, something the family says shocked them when they found out. His death comes amid a campaign to increase vaccination rates as the delta variant spreads throughout the U.S.

Demarcus told Carl that he had tested positive for the virus on July 29. His symptoms included a headache, cough, and difficulty breathing. Despite his symptoms, Carl says he spoke with Demarcus every day and that he was in good spirits about his condition.

“Even the day that he went on the ventilator, I talked to him that morning, and he told me that he wasn’t feeling bad,” Carl said. The reason Demarcus did not get the vaccine is unclear. Carl also noted that being vaccinated is not a requirement for their local police department.

Demarcus’ condition worsened on Aug. 10 while he was still on a ventilator. Unfortunately, he died three days later.

Outside of his family and fellow officers, Demarcus will be missed by his tight-knit community. He was an Air Force veteran as well as a local sports coach. According to Carl, Demarcus coached three teams: Pee Wee Football, Pee Wee Basketball and Little League baseball. He says Demarcus had a positive impact on those he came in contact with.

In his Facebook eulogy of Demarcus, Carl says he asked Demarcus how he found time to coach.

“He answered by informing me that he lost his father while he was an infant and the only daddies he knew were coaches,” Carl wrote. “He went on to inform me that the coaches really changed the projection of his life and he wanted to do the same for other children. I was very impressed.”

In a statement to ABC News, the town’s mayor, Darnell Waites said, “My heart is heavy since learning of the passing of Demarcus Dunn. He was a father, husband, soldier, mentor, friend, and veteran Baker police officer — a man loved by all. His life spent dedicated in service to others was a shining example for our community.”

Demarcus’ funeral was held on Friday, Aug. 20 in Baker. The police department led a procession from the funeral to the cemetery, where Demarcus was laid to rest.