Netflix fans, get ready. The streaming service announced a global fan event set to take place in September, which will connect the many Netflix stars and creators with viewers around the world.

With hit shows like Bridgerton and The Crown, Netflix continues to be one of the biggest streaming services out there. On September 25, the site is giving back to it’s fans, hosting a virtual event called “TUDUM” featuring plenty of Netflix’s biggest and brightest stars.

And where did the inspiration for the title come from? “TUDUM” is the signature Netflix sound you hear when the app first opens, or when you start a movie or television series on the service.

Per the official press release, “On September 25, our biggest stars and creators from around the world – representing over 70 series, films and specials – will join the virtual stage for this exciting day full of exclusives and first looks. It’s our first ever global TUDUM event, and our goal is simple: to entertain and honor Netflix fans from across the globe.” 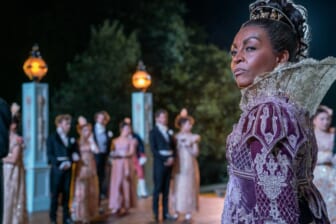 Not only will fans get to virtually hang out with their favorite Netflix cast members, the event will also feature some specials, brand new trailers and exclusive clips. Some of the featured Netflix properties include, shows like Stranger Things, Bridgerton, The Witcher,  La Casa De Papel (Money Heist) and Cobra Kai, as well as films like Red Notice, Don’t Look Up, Extraction, The Harder They Fall, The Old Guard and more.

Check out the trailer for “TUDUM”, below, and check out the official site for the event, here.