Health officials in the state of Arkansas have confirmed that doctors at a Washington County jail prescribed ivermectin to inmates with COVID-19, despite warnings from the FDA that the anti-parasitic medicine should not be used to treat it.

“Whatever a doctor prescribes, that is not in my bailiwick,” Sheriff Tim Helder told members of the Washington County Quorum Court, the county’s governing body, according to Associated Press.

Helder declined to say how many patients in the 710-bed facility, Karas Correctional, had been given the unauthorized medication.

“Using any treatment for COVID-19 that’s not approved or authorized by the FDA, unless part of a clinical trial, can cause serious harm,” FDA officials said.

According to an NBC News report, Eva Madison, an elected county official, said a county employee personally told her he had been sent to the jail’s clinic to be tested for coronavirus, and even after testing negative, he was prescribed Ivermectin. The employee told Madison he followed up with his primary care physician.

“His primary care physician said, ‘You need to throw that in the trash,'” Madison told the legislative group Tuesday. “He’s out $76 because of Dr. Karas prescribing dewormer to a county employee for treatment of a condition that he didn’t have.”

While this individual “had the good fortune to have a physician that he could go to and ask for a second opinion,” she said to those assembled, “our inmates do not have that choice.” 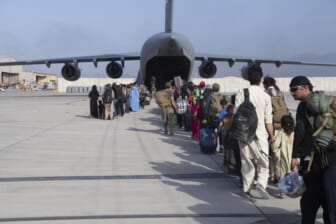 Ivermectin has been used in some Latin American countries to treat COVID-19, yet data about the drug’s efficacy is highly questionable. The drug’s manufacturer has also spoken out about using the drug to treat COVID-19, admitting “there is no scientific basis for potential therapeutic effect against” the virus, adding that there is a dearth of safety data.

Dr. Robert Karas, the jail’s physician, recently asked for a 10% raise amidst the pandemic, which is when his practices were brought to light. He did not back down from his use of the experimental drug, telling CBS affiliate KFSM he’s “given it to my mom. Before she got vaccinated, she was on it preventatively. My step-mom, my in-laws, my sister, my sister’s kids. Thousands of patients we’ve treated with it. We have not experienced any bad side effects from it.” 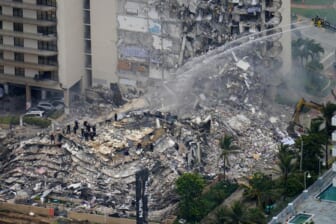 “My thoughts are, do you want to try and fight like we’re at the beaches of Normandy, or do you want to tell what a lot of people do and say ‘Go home and ride it out, and go to the ER when your lips turn blue.’ So, we fight hard for our patients,” Karas said.

More than 70% of calls to the state poison control center in Mississippi last week were related to the people ingesting ivermectin.

“I certainly would strongly recommend people not take any medicine from a feed store or a veterinary source,” Mississippi Health Officer Dr. Thomas Dobbs said Wednesday at a COVID-19 briefing according to CBS News. “It can be dangerous.”