Colorado volleyball coach says school forced him out for being gay

A volleyball coach at a Christian campus in Colorado claimed this week that he lost his job after officials at Valor Christian High School learned of his sexual orientation.

Inoke Tonga, 30, detailed his story in a lengthy post on his social media accounts.

“With recent events that have occurred,” Tonga writes, “I felt that through my meekness I will triumph over those who chose to bring me down and belittle me. But as leader and role model for the many kids I’ve taken under my wing, as a teacher, coach, mentor, preacher, and brother I have chosen to go against my nature of meekness and speak out and stand up for something that is beyond me, with humility, integrity, and truth.”

He contends he had a successful season as coach of the boys’ volleyball team during the 2020-2021 school year at Valor Christian High, located in Highlands Ranch, and he was offered the position of coach of the girls’ team this school year.

“I had the blessing of continuing my growth as a coach, mentor, and individual at Valor Christian, and I was ecstatic!” Tonga continued. “Little did I know, this success and excitement would be short-lived.”

According to Tonga, he met with the school’s campus pastor and athletic director and was asked if he had posted anything on social media that was “inappropriate.” He was then asked if he had written something about being gay, which he affirmed without hesitation, saying he frequently advocates for fellow members of the LGBTQ community, especially those struggling with their relationship with God.

“I sat in the room being grilled about how being Gay is a ‘danger’ to the school and to the kids,” he wrote. “That with me ‘identifying as a gay man, they can’t put the kids at risk by having me in front of them.’ I wished I would have advocated for myself and stood my ground instead of falling victim to feeling bad about myself and hating myself all over again, due to the conversations and words they were spitting at me.” 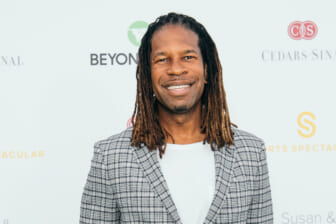 Tonga says he was told “parents pay too much money to have their kids be coached and taught by someone like you who identifies as a gay man.” He also heard that considering “how much love you have for these kids, I don’t think you are even gay! You just need some direction to reach the goal of becoming a child of God.”

He said the meeting was an hour and a half long, asserting that his faith kept him from allowing the administrators to see him “break.”

“I walked away knowing that my journey as a coach at Valor Christian had come to an end – I was not going to ‘denounce identifying as a gay man.’ Which according to them, would lead to me being released as a coach,” Tonga wrote. “They have told my girls, and the volleyball community that it was my choice to leave, which in a sense, yes, I chose to not denounce my sexuality. But they left out the part where they pushed me out.”

Another former Valor Christian staffer, Lauren Benner, says she was forced to resign her post as the head women’s lacrosse coach last year because she’s a lesbian. In 2019, she had been selected the school’s Coach of the Year.

About 30 students walked out of the high school’s classes at Valor Christian on Tuesday in protest of Tonga’s dismissal. They say they want to see significant changes to the school’s policies and culture. 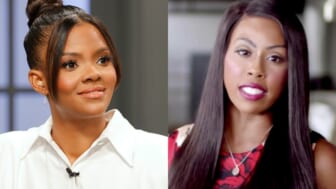 They note that in a previous Facebook post, Tonga suggested he might not support the school’s beliefs regarding sexuality and marriage. His post in question reportedly said, “If you really want to see the lack of charity, love, and compassion (or any ‘Christ Like’ attributes) in any Christian individual, from any Christian religion, tell them you’re gay. Fair warning though, if you don’t like passive-aggressive comments, do not do it. For whatever reason, talking about racism and homosexuality will bring out the best, but also the worst in people.”

According to the school, “Coach Inoke has misrepresented many aspects of this matter, Valor appreciates the contributions he has made to the student-athletes in our volleyball program, and we wish him the very best in his future endeavors.”