Will another NFL team sign the former league MVP? 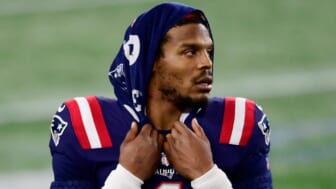 Newton will now hit free agency, as reported by ESPN on Tuesday and inquiring minds in the sports world are speculating about which NFL team he might sign with.

Last summer, Newton, 32, inked a one-year contract with the Patriots. According to ESPN, “A source familiar with the Patriots’ thinking said the agreement with Newton was appealing to the team as a low-risk, high-reward situation, factoring in Newton’s health, a modest contract, and New England’s transition at quarterback without Brady.”

As theGRIO reported at the time, Newton took to his Instagram stories to celebrate the deal, writing, “I’m excited as I don’t know what right now!” along with the hashtag “#LETSgoPATS.”

In March 2020, when the Carolina Panthers changed ownership, they released Newton, who was the No. 1 overall selection in 2011 and took the Panthers to Super Bowl 50 in a losing effort in 2015. Newton appeared to make peace with the separation, posting on Instagram, “Learn to trust the journey, even when you don’t understand it.”

After news of his release from the Patriots, Newton posted, “I really appreciate all the love and support during this time but I must say … please don’t feel sorry for me. I’m good.”