Naomi Osaka wins her first round of 2021 U.S. Open: ‘Just excited to be here’

The victory marks Osaka’s first since she left major competition in May after her first-round play at the French Open.

Tennis superstar Naomi Osaka has clinched a first-round victory at the 2021 U.S. Open.

The victory marks Osaka’s first since she left major play on May 30 when she chose to not participate in a mandatory press conference after her first-round match at the French Open. She drew a $15,000 fine and later pulled out of competition at that event followed by her withdrawal from Wimbledon.

After her win on Monday, during an on-court interview, Osaka commented on what it’s like returning to compete in front of fans.

“It feels kind of crazy to play in front of everyone again. I just want to say thank you for coming out here,” she said with a smile, according to Sports Illustrated. “Last year, when we didn’t have a crowd, I know it felt quite lonely for me. I’m glad to see little kids in the audience — and, of course, grown-ups, too.”

The U.S. Open is played in Arthur Ashe Stadium in Flushing Meadows, Queens, New York, a spot that’s a home base for Osaka, who once lived in the neighborhood with her family before moving to Florida. While in town, she visited some courts she refurbished in the area.

As previously reported, Osaka penned a lengthy letter and shared it to Twitter the day before her first match. She reflected on experiencing insecurity due to her “self-deprecating” nature. 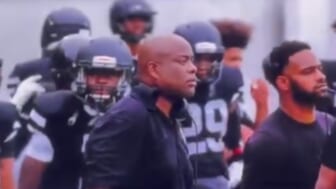 “Every time a new opportunity arises,” she wrote, “my first thought is, ‘wow, why me?’ I guess what I’m trying to say is that I’m gonna try to celebrate myself and my accomplishments more, I think we all should.”

Inspirationally, Osaka wrote, “Your life is your own and you shouldn’t value yourself on other people’s standards. I know I give my heart to everything I can and if that’s not good enough for some then my apologies.” 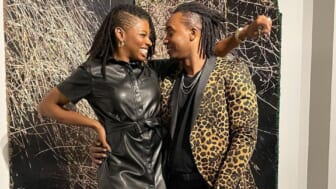 “I can’t burden myself with those expectations anymore,” she concluded. “Seeing everything that’s going on in the world I feel like if I wake up in the morning that’s a win. That’s how I’m coming.”

The 23-year-old will next go up against Olga Danilović in U.S. Open action this Wednesday, Sept. 1.