A new report from the FBI found that hate crimes against African Americans increased by nearly 40% in 2020 amid a global pandemic and social justice protests. The group most targeted for hate in this country remains Black people.

Monday, the FBI released a compilation of bias-motivated incidents in the U.S. stemming from hate crime data from more than 15,000 law enforcement agencies across the country. The information included the offenses, offenders, locations and victims.

Local law enforcement agencies released data that chronicled more than 7,700 criminal incidents and more than 10,500 related offenses that were labeled as being motivated by bias toward race, ethnicity, ancestry, religion, sexual orientation, disability, gender and gender identity. According to the report, more than 60% of the crimes were race-based, just over 20% were based on sexual orientation, and 13% were based on religious bias.

Attacks against Blacks increased from 1,930 in 2019 to 2,755 in 2020, and there were 274 reported crimes targeting people of Asian descent in 2020, with many occurring as Americans, amplified by former President Donald Trump, blamed China for the COVID-19 pandemic, versus 158 the previous year. 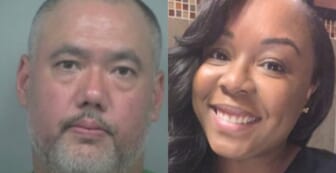 Of the more than 7,000 crimes against persons, more than half were for intimidation, with another third for simple assault. There were 22 murders and 19 rapes reported to the Federal Bureau of Investigation as hate crimes.

Crimes against property soared, with more than 75% of those being for destruction, damage and vandalism.

“These numbers confirm what we have already seen and heard from communities, advocates and law enforcement agencies around the country,” U.S. Attorney General Merrick Garland said in a separate statement. “And these numbers do not account for the many hate crimes that go unreported.”

“These hate crimes and other bias-related incidents instill fear across entire communities and undermine the principles upon which our democracy stands,” he said. “All people in this country should be able to live without fear of being attacked or harassed because of where they are from, what they look like, whom they love or how they worship.”

“At my direction,” Garland continued, “the department has rededicated itself to combatting unlawful acts of hate, including by improving incident reporting, increasing law enforcement training and coordination at all levels of government, prioritizing community outreach, and making better use of civil enforcement mechanisms. All of these steps share common objectives: deterring hate crimes and bias-related incidents, addressing them when they occur, supporting those victimized by them and reducing the pernicious effects these incidents have on our society.” 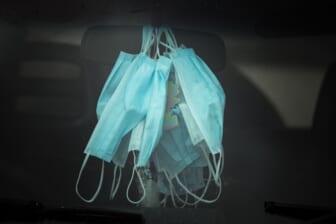 The COVID-19 Hate Crimes Act — signed into law by President Joe Biden in May following the shooting deaths of six Asian women at three separate spas in metro Atlanta two months prior — will help the Department of Justice speed up their reviews of all reported hate crimes.

“There are simple core values and beliefs that should bring us together as Americans,” President Biden said at the time. “One of them is standing together against hate, against racism — the ugly poison that has long haunted and plagued our nation.”