For the first time in Met Gala history, the fashion event will be live-streamed exclusively on Vogue platforms

The 2021 Met Gala is on its way and Keke Palmer is set to co-host a Livestream of the event with Broad City star Ilana Glazer.

After being canceled in 2020 due to the COVID-19 pandemic, the annual fashion event is returning with a splash for 2021. Breaking its “first Monday in May” tradition, this year the “fashion world equivalent to the Oscars,” according to Vogue, is split into “two parts,” with part one taking place on Sept. 13.

Entitled “In America: A Lexicon of Fashion,” the exhibition is “focused on celebrating all things American fashion.” Part two, “An Anthology of Fashion”, is set to debut in May 2022. Vogue says a portion of this year’s event will be live-streamed, providing “unprecedented access” to the famous night. 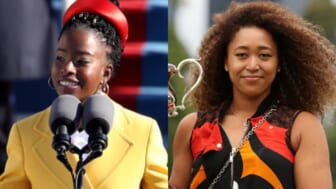 Vogue exclusively shared with People Magazine that they will, “broadcast a livestream of the 2021 Met Gala, which will take place at the Metropolitan Museum of Art in New York City on Sept. 13 at 5:30pm ET.”

This exclusive live-streamed event will be hosted by actress and comedian Palmer along with actress and director Glazer. This marks the first time ever that fans from home will be able to watch the gala “in real-time”, with pictures usually making their way to the internet periodically each gala-night.

Vogue shared a video including footage of past galas, as well as some footage of hosts Palmer and Glazer. The caption of the video reads, “For the first time ever, you’ll be able to watch the #MetGala in real-time. Vogue is hosting the only official livestream of the event, hosted by @keke and @ilana on September 13.”

This year’s gala boasts an exciting slew of co-chairs, including trailblazers Naomi Osaka and Amanda Gorman, theGrio previously reported in May. Oscar-nominated actor Timothée Chalamet and Grammy winner Billie Eilish also join as co-chairs, with Vogue explaining back in May, “each of the Met’s four co-hosts embodies the defining factor of American style: individualism.” 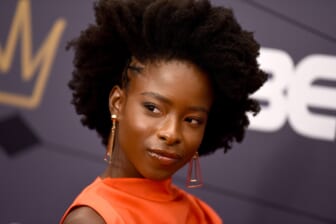 Also Read:
Amanda Gorman on being asked to co-chair Met Gala: ‘Like Cinderella going to the ball’

The outlet continued, “They may approach the concept differently, but their shared passion for expressing themselves through clothing connects with the exhibition’s theme. Chalamet, Eilish, Osaka, and Gorman have all developed a distinct visual language for their public personas, one that is informed by the legacy of iconic fashion made in the U.S.A.”

For more information on the Met Gala, head to the official Vogue site, here.