Lil Nas X is using his massive platform for good. The openly gay rapper is raising money for LGBTQ organizations with his “baby registry.” 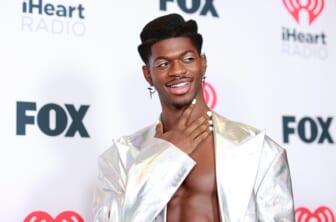 Lil Nas X broke the internet last week when he announced his “pregnancy” on Instagram and via PEOPLE Magazine. Symbolically representing his upcoming album, Montero, the rapper shared a pregnancy photoshoot that, of course, had many observers up in arms once again.

Just like when he raised money for The Bail Project with his “Industry Baby” music video set in the fictional Montero State Prison, the rapper is putting his money where his mouth is, revealing that the pregnancy shoot was more than just a viral moment.

The rapper took to Twitter on Tuesday to share the link to his new charitable endeavor. He wrote to his followers, “Me and my team have set up a “baby registry” for many charities if you guys would like to donate.”

Upon clicking the link, fans are sent to a website with a list of LGBTQ+ and human rights organizations associated with each track on his upcoming album.

By allowing fans to donate directly to each organization, the rapper is raising money and spreading awareness. He shared even more ‘pregnancy’ photos along with the link, with the rapper showing off his ‘baby bump’ while draped in a fur blanket. 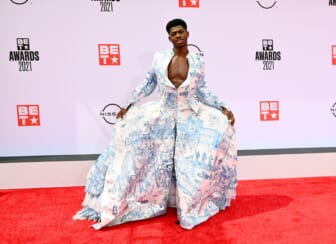 Lil Nas X opened up to PEOPLE about how he came up with the idea for the photoshoot last week, theGrio previously reported.

He told the outlet that it happened while he was listening to the Megan Thee Stallion feature on Montero, saying, “I was like, ‘Oh my God, this is amazing,’ so I immediately called my stylist…she was like, ‘Wow, this all comes together. Your album. Your baby.’ I was like, ‘Yeah, this is my baby, huh?’ As a joke, she was like, ‘Yeah, you should do a pregnancy shoot.’”

He also revealed that the timing was serendipitous as it came out days after Drake‘s Certified Lover Boy album artwork, which features pregnant women emojis. He explained, “I was like, ‘There’s no way the universe is lining up this perfect for this to happen.”

Check out the official tracklist for Montero, below, which is set to drop on Sept. 17.