The popular fashion accessory is constantly selling out, leaving people to turn to social media with their woes

The Telfar bag has quickly become one of the most sought-after fashion accessories in the country. On Friday, the dark olive version quickly sold out, leading shoppers to bemoan on Twitter that their bag was “not secured.”

Since it launched in 2014, the bag from the mind of queer Liberian-American fashion designer Telfar Clemens has been referred to as “the Bushwick Birkin” by New York Magazine, and has been spotted on some of the biggest names in fashion and pop culture in general. Solange, A$AP Ferg and more have been seen rocking the popular accessory, and the bag has seen specific popularity for queer people and people of color. Now, landing a Telfar bag is one of the biggest events on the internet, with their drops selling out in minutes.

On Friday, Telfar dropped a dark olive bag, and people went straight to Twitter to talk about the release. 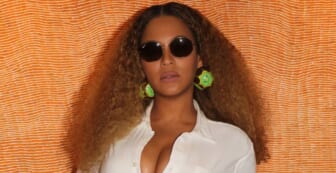 Twitter had plenty of jokes for those who were able to “secure the bag” this morning. One user shared a meme of Real Housewives icon Nene Leakes closing her eyes at a reunion, writing, “If you got the dark olive Telfar this morning I hope the strap on your purse breaks.”

Other users turned to emotional memes to express their frustration when the dark olive bag sold out in moments. A user shared in a tweet, “Dark olive telfar not secured, I’m sad,” along with a meme of Oprah crying.

The intensity of securing the coveted bag was also shared on the app. One fan tweeted out a picture of two MacBooks, and an iPhone simultaneously on the Telfar site during their quest. They wrote in the tweet, “Getting a @TELFARGLOBAL is seriously an extreme sport…Whew Chile I need to come down from that.”

Some people were in fact able to “secure the bag,” and shared their receipt screenshots and memes in celebration. One user tweeted their excitement, writing, “I secured that dark olive telfar bag. Happy Friday.”

Another shared a picture of The Mandalorian character Baby Yoda dressed up with nails and a ponytail, sipping on a drink, and wrote in the tweet, “Me and my dark olive Telfar bag watching everyone complain about it being sold out.” 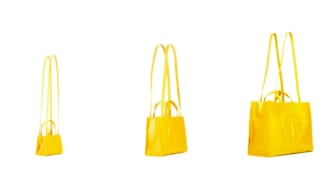 Clemens spoke to New York Magazine last year and broke down the power behind his brand and what it means to be beloved not just by the fashion elites.

He shared to the outlet, “At the end of the day, it’s about more than fashion. It’s about visibility and power. It’s something very different from the trend for diversity without change that we see elsewhere in the industry, and people recognize that.”

Read the full feature on the Telfar bag, “When a Bag Becomes a Community” for The Cut, here.