Kerrion Franklin made the claims as mother, Shawn Ewing, sought to assist him out house

Kerrion Franklin, the eldest son of gospel artist Kirk Franklin, has accused his mother of assaulting him months after making claims that his father is verbally abusive.

The 33-year-old man was recently seen on Instagram Live lodging the accusation at his mother, Shawn Ewing, who was present and accompanied by another woman seeking to get help for Kerrion Franklin.

A clip of the live feed, reshared by celebrity blog The Neighborhood Talk, shows Franklin on a front porch confronting the two standing feet away when asked to get dressed.

“I’m being abused right now. I’m being assaulted by my own mother. This is on live,” he said. 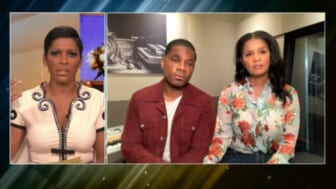 Franklin then put the camera phone on Ewing, wearing a black t-shirt and camouflage pants, who waved at the camera while standing in the driveway of a home.

“I’m going on live right to make sure I’m protected,” Franklin continued. “They trying to take me to some hospital. This crazy.”

Franklin’s mother reacts by saying, “You’re always looking for attention,” to which he rebutted, “No, I’m looking for protection.”

“She’s trying to take me to a hospital, but she don’t have no bond, no business with me. No relationship. This is crazy,” Franklin told Instagram viewers.

Ewing said she was called over and pleaded with Franklin to end the live stream, making an attempt to take his phone. Franklin refused to relinquish it before walking back into the house.

This incident follows Franklin’s decision to release an audio recording of an argument in March with intentions to paint his father as abusive. Kirk Franklin could be heard using profanity in the tense talk, as previously reported by theGrio.

During the argument, Kirk Franklin could be heard saying “I’ll put my foot in your a**,” and, “I will break your neck … Don’t you ever disrespect me. 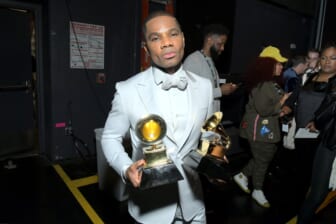 Also Read:
Kirk Franklin calls out homophobia in the church: ‘Nothing to do with the Bible’

Kerrion Franklin alleged in the caption of the Instagram post that this was a common occurrence with his father.

“I probably won’t release the entire recording because it’s too embarrassing that I’m even dealing with this. No matter what ppl think I pray my dad deals with his deep hatred toward me,” he wrote. “I don’t feel safe around him at all.”

After the recording went viral on social media, Kirk Franklin reacted publicly in a video statement on Instagram saying that his relationship with his son had been strained for a long time.

“For many years, we have had a toxic relationship with him as a family,” Kirk Franklin said. “We’ve tried through many years, through counseling, through therapy to try to rectify this private family matter.”

While Kirk did apologize for using profanity, he disclosed that Kerrion did not include a portion of the conversation in which Kirk put a family therapist on the call.