Man arrested for the 2002 murder, mutilation of Florida teen

Her mother found Farrah Carter, 15, stabbed to death and mutilated in her own bedroom in 2002.

The man accused of stabbing 15-year-old Farrah Carter to death nearly 20 years ago has been arrested for her murder, PEOPLE reports.

Joseph Pollard, 56, was arrested and charged by police in Miramar on Tuesday, Sept. 14. He was formally indicted on a first-degree murder charge. 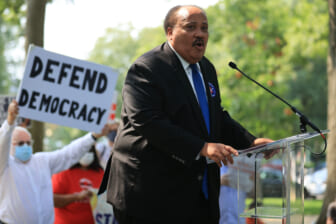 It is unclear how Carter knew her alleged attacker, but when she was found by her mother in her Miramar, Florida bedroom in May 2002, police say there were no signs of forced entry. Per investigators, Carter fought hard for her life.

Blood evidence at the crime scene was proven to be Pollard’s via DNA testing. Pollard was already in jail serving a life sentence for kidnapping, robbery, and assault and had a history of violence against women, police say.

New DNA evidence linked him to Carter’s murder, per CBS4Miami. Despite the arrest, police are still seeking clues from those who know Pollard to figure out a motive for the brutal killing.

At the time of her murder, Carter was a student at Hallandale Adult Community Center. Her family remembers that she had dreams of attending beauty school or owning a restaurant.

“She was a daddy’s girl and I was a daddy’s girl growing up,” Jasmine recalled. “We had that bond, that connection. I don’t know what a 15-year-old would do that you would kill her like that…it was a passionate crime. I love and I miss her every day.”

The victim’s mother, Kim Battle, told CBS 4 Miami that there’s some comfort in Pollard’s arrest but not full closure. “It’s very pleasing in a sense, but it’s still heartbreaking without her being here to see what her life would have been like, to see the children she would have, as a mother.”

“I miss my baby so much. I was at her gravesite on Friday and placed some flowers,” he said. “I told her they captured the guy that did this to her. I pray and wish every day that I was there because I know every time that knife went in her body she said, ‘Help me dad! Help me mom’ and nobody was there to help her.”

The agony her daughter went through still haunts Farrah’s grandmother.

“For many nights after this I would sit in the living room, in a big chair, hoping that she would come through that door,” she told CBS Miami through tears. “And still now, for some strange reason, I’m back with the light on in my bedroom.” 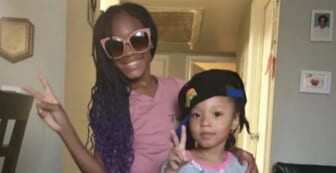 “I feel like my sister was cheated out of her life,” she cried. “My sister, people don’t know, when a child has dreams, my sister was the type of person who wanted so much out of life and was not able to even see that next day,” Craig said.