An Arizona mom is being named as the primary suspect in the murders of two children found in a Phoenix apartment complex on Wednesday, Sept. 8 around 6 p.m.

The Phoenix Police Department received a 911 call from a man stating that he found his children dead in the home. Upon arrival, first responders discovered the bodies of 4-year-old Royal McIntyre and 9-year-old Aleyah McIntyre inside the home. The children’s mother, whose name has not been released, was also found inside of the apartment with what is believed to be self-inflicted stab wounds, according to Sgt. Andy Williams of the Phoenix Police Department. She was taken to a local hospital and is expected to survive.

The father, Michael Coleman, was temporarily detained at the scene, but released once cooperating with detectives. Police believe that Coleman, the suspect, and the two victims are a family.

Sgt Andy Williams says that this is not the first time that police have been called to this particular apartment. In March 2021, Coleman called the police after getting into a verbal altercation with the suspect, but no further reports were filed. 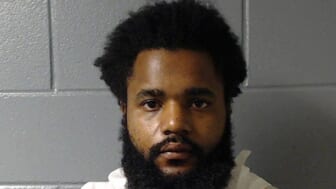 It is also being reported that the biological father of the 9-year-old, Kevin Maddox, who resides in New Jersey, has been in an ongoing custody battle for Aleyah to come and live with him.

The girlfriend of Kevin Maddox, Teneshia Jones, spoke with NBC 12News on the love which the father had for his daughter.

“They were very close and he loved his daughter so I want the world to know that. I don’t want it to look like he did not care or he wasn’t present. He fought for her for many many years,” said Jones.

Jones said that they received the news of Aleyah’s death by phone.

“Friday morning he got the call while he was at work, letting him know that Aleyah was deceased,” said Jones. “I mean it was heart-wrenching. We are all grieving and mourning the loss of an innocent child that did not have to die.”

The Maddox family has now set up a GoFundMe account, requesting that the funds be used to bring Aleyah to New Jersey for a proper burial.

“He wants to bury her where her family is and where we can all get together and know her body is here in New Jersey where she should have been,” Maddox’s girlfriend said. 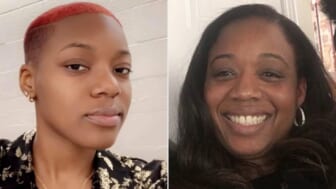 Back in Arizona, the tragedy has affected people in the area who have never even met the little girls. Teri Potter, who lives only a few houses away from the apartment complex where the murders occurred, came to pay her respects by leaving two angel wings on the gates surrounding the apartments.

“They’re angels now,” Potter said. “I didn’t know them. I just know that there’s kids involved and it’s really upsetting that this could happen. I mean their whole family’s going through it,” she said.

A candlelight vigil was held for the two girls with dozens of people from the elementary school and community attending to pay their respects. Jasmin Reyes’ daughter, who was a classmate of Aleyah’s at Sunnyslope School in the Washington Elementary School District, said that the tragedy was “Very heartbreaking.”

The cause of death for the two girls has not been determined.