Kaden Ingram was reportedly shot by his mother over a dispute about a cell phone memory card.

A Chicago woman is being accused of murdering her 12-year-old son over a dispute about a memory card for a cell phone.

Fallon Harris, 37, has been charged with first-degree murder in Saturday’s shooting death of Kaden Ingram.

Local reports note that Harris confronted her son at gunpoint about the whereabouts of the digital memory card she removed from her car the previous night. The boy reportedly told her he didn’t know where it was, and she shot him.

The first shot didn’t kill the child. Harris questioned him again, and when the injured youngster couldn’t answer, she shot him again, according to authorities.

Kaden was found unresponsive by a witness, and he later died at a local hospital.

Harris has a court-appointed attorney who said in court that she is employed as a city laborer, working for the Department of Transportation at a rate of $45.90 an hour, local news reported.

During her court appearance on Monday, Harris was ordered to be held without bail. A judge signed a health care order to allow the woman to be evaluated.

Family members have maintained that Harris suffered from paranoia. When police arrived at the home, she admitted that she had killed her son, and she led them to her gun.

In a report from ABC7 Chicago, Ingram’s father declared of his son: “He was the joy of my life.”

Kaden “was everything a father could want in a child,” according to Lavell Ingram.

The death of the seventh-grader, allegedly killed by his own mother, “hurts,” he said, adding, “it is hard to describe.”

“His mom is a loving mom. She loved him more than she loved anything in the world,” Ingram said. 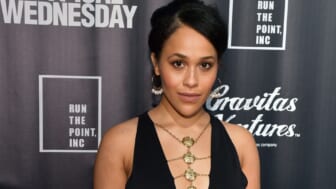 Family members reported Harris had just started therapy the day before the shooting.

In another report, the grieving father said he and his wife are separated, but they remain close for the sake of their children. “We didn’t know that this was going to transpire,” said Ingram. “We had told her to get help. I guess it finally reached its boiling point.”