The acclaimed HBO limited series Lovecraft Country was nominated for 18 Emmys but Courtney B. Vance has already nabbed the trophy for Outstanding Guest Actor in a Drama Series for his turn as George Freeman in the drama. 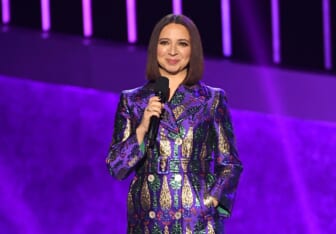 The actor thanked the show’s creator, Misha Green, and paid tribute to his late friend and Lovecraft Country costar, Michael K. Williams during his acceptance speech on Sunday at the Creative Arts Emmy Awards.

“Finally to Michael K. Williams. Misha said it best. Michael did everything with his full heart open, with his infinite spirit and with way too much style,” he said. “May he rest in power and let us all honor his immense legacy by being a little more love forward, a little more endless in thought and a little more swaggy in act.”

Vance elaborated further on Williams when he spoke to reporters backstage.

“I love him. We recently met for the first time. I’ve been following him and he’s been following me for a number of years. We met at an event in New Jersey about two and-a-half, three years ago,” Vance said. “We were just overjoyed to share the same dias and couldn’t wait to get offstage so we could hug and just say how much we loved each other.

And the idea that shortly after that we would be playing brothers in Lovecraft Country,” he said. “This is his. We were brothers. I died in the series and we said goodbye to each other, so it’s just too painful to really think about so I just honor him everywhere and every way I can.”

Vance may have been happy to be honored for his work on the series that also starred Aunjanue Ellis, Jonathan Majors, and Jurnee Smollett, but he admitted he was still sad about its abrupt cancellation and Williams’ passing. The Boardwalk Empire and The Wire actor died Sept. 6 in Brooklyn at the age of 54.

“I’m very, very happy and at the same time I’m very sad because of Michael and because we’re not still doing the show,” he said. “In my mind and in my spirit it doesn’t make sense…”

Indeed, HBO’s decision to cancel the stirring drama was a shock to many. 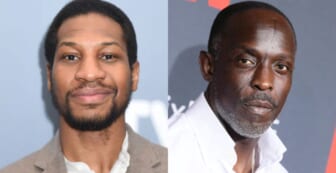 “I don’t understand it [the cancellation]…it doesn’t make sense to fans and that’s all who matter. We set everyone up and then we don’t deliver for whatever reason,” he continued. “I’m tired of it…they can find a way to make a Game of Thrones, but not Lovecraft Country.”