The heartfelt tribute from Jonathan Majors is just one of many to the late actor.

Many are still reeling from the tragic death of Michael K. Williams, including his Lovecraft Country co-star Jonathan Majors.

The actor penned a touching tribute to the friend he called a “ferocious angel” and it was published by Variety on Wednesday, just days after Williams was found dead in his Brooklyn apartment on Sept. 6. Williams was 54-years-old.

In his tribute, Majors explains how the two became friends long before they shared scenes on the HBO show nominated for 18 Emmys. He conveyed the shock and heartbreak so many friends and fans are experiencing.

“Today the world is a different place. Mother Earth is missing one of her most unique children, the laugh, ferocity, kindness, gentleness and artistry of one of her most beautiful boys, Michael Kenneth Williams. A member of this great human race, of this incredibly challenging and rewarding industry, a Brooklyn boy through and through, and one of my dearest of friends and brothers,” he wrote. 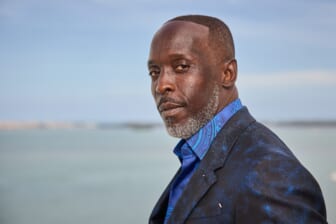 “I met Michael on a steaming day in San Francisco. The year was 2016, and it was my first job. We were to play the same character, that of the late Ken Jones, an LGBTQ rights activist, in the mini-series “When We Rise.” Though we shared no scenes, we shared the same spirit, being assigned the same role. The time we spent eating, talking, praying, laughing, built a bond and connection that would then serve as the bedrock of our second coming together in HBO’s “Lovecraft Country.”

Majors revealed that he and Williams forged a special bond while conquering the particularly grueling work required for their Lovecraft roles. Williams was nominated for Best Supporting Actor in a Drama Series for his role in Lovecraft Country.

“Years had passed, and we had both grown as artists and as human beings. Prior to shooting, Michael reached out and we met up in New York, just to kick it. It was there a promise was made ‘to be our brother’s keeper.’ We were to look after each other, on-screen and off. We were aware of the challenges — that the characters we were to play held a mirror up to both of us — and the expense of spirit to tell this story we both knew would require a herculean amount of our private selves.”

Majors reflected on how he formed a covenant with Williams.

“He was an angel — a guardian angel — a man who put others ahead of himself at every turn. He was his brother’s keeper to his last day. I can recall him picking up the bill, buying me underwear in San Francisco, as I had somehow run out of clean underthings, or teaching me the nuances of cologne and candle shopping. The last thing that was said between Michael and me just a few days ago, in closing an interview, was a simple “I love you, bro,” “I love you, bro, for real.” 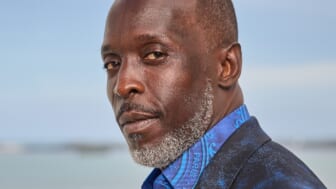 “On this day my heart sits in pieces, to have lost this warrior, this ferocious angel, this unique artist, my friend, the protector of the promise and my brother. Words fail, but I feel him near, watching over us all. Everyone he touched will understand that he is not far away. Though gone, he’s closer than we think. Resting finally, taking his joy and might to another space and continuing with fervor the pledge “I am my brother’s keeper,” smiling that toothy grin, his eyes shining and his raspy voice whispering, “I love you,” only now sporting his newly minted wings.

Majors concluded his tribute by once again referring to Williams as an “angel” and thanking him.

“Our angel. We love you, Michael. Thank you for your protection and your light,” Majors ended.