The upcoming series has been described as a "dramatic retelling" of the original show, with newcomer Jabari Banks leading as Will

Fresh Prince fans, rejoice! The new cast of Bel-Air, the Fresh Prince of Bel-Air reboot has officially been announced, with a new Uncle Phil, Aunt Viv, Carlton, and more set to grace screens when the series premieres.

The Fresh Prince of Bel-Air is coming back to TV with a brand new iteration, theGrio previously reported. Produced by original star Will Smith, Bel-Air has been described as a dramatic retelling that, “leans into the original premise of Will’s complicated journey from the streets of West Philadelphia to the gated mansions of Bel-Air.”

Set to stream on Peacock, fans have waited for more news about the reboot, and it seems like more information is finally getting announced. 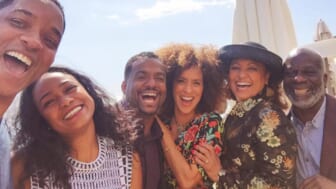 The full main cast has officially been announced for the new iteration, and Peacock took Instagram with an exciting post. Leading the cast in the iconic role of Will is Jabari Banks, who was announced earlier this year. The rest of the cast, per Deadline, includes, “Adrian Holmes (At That Age) as Phillip Banks, Cassandra Freeman (Atlanta) as Vivian Banks, Olly Sholotan (Run Hide Fight) as Carlton Banks, Coco Jones (Let It Shine) as Hilary Banks, Akira Akbar (We Can Be Heroes) as Ashley Banks, Jimmy Akingbola (Most Dangerous Game) as Geoffrey, Jordan L. Jones (Rel) as Jazz, and Simone Joy Jones (The Chair) as Lisa.”

The official description for the series per Deadline, reads: “Set in modern-day America, Bel-Air, which has a two-season order, is a serialized one-hour dramatic take on the 1990-96 sitcom The Fresh Prince of Bel-Air that leans into the original premise: Will’s complicated journey from the streets of West Philadelphia to the gated mansions of Bel-Air. With a reimagined vision, Bel-Air will dive deeper into the inherent conflicts, emotions and biases that were impossible to fully explore in a 30-minute sitcom format, while still delivering swagger and nods to the original show.” 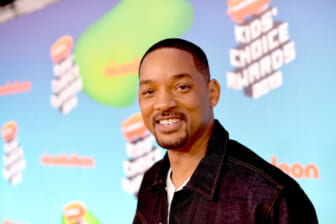 Also Read:
Will Smith to produce dramatic reboot of ‘Fresh Prince of Bel-Air’

Earlier this year, Banks took to social media celebrate nailing the lead role in the upcoming series. He wrote in his post, “Now this is a story all about how, MY life got flipped-turned upside down, And I’d like to take a minute just sit right there, I’ll tell you how I became the prince of a town called BEL-AIR ✨.” He went on to thank Will Smith specifically for “trusting him” with the role.

While the Peacock show does not have a launch date just yet, it has already been picked up for two seasons.