The singer's new liqueur brand is banned from sale in the European Union pending a dispute over naming rights with Darker Still Spirits, owner of the "Black Irish" trademark

R&B icon Mariah Carey delighted many fans in August with the surprise announcement of her new line of Irish cream liqueurs, called Black Irish, in honor of her mixed Black and Irish heritage.

However, Carey’s supporters based in the European Union will have to hold off their celebratory glasses of her liqueur line for now, as authorities are currently settling an ongoing legal dispute between Carey and the Irish liquor company that acquired the “Black Irish” European trademark in 2015, Darker Still Spirits.

When reached for comment, neither representatives for Carey nor Black Irish responded to New York Times staff.

Carey and Darker Still have been embroiled in the legal dispute for more than a year, after representatives of the 52-year-old singer first filed for the European trademark in January 2020, applying later in May 2020 for the trademark “A Cause for Celebration Black Irish” through the company Lofton LLC. 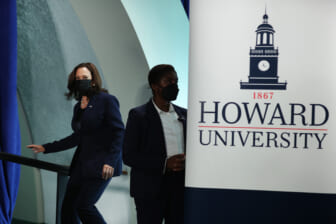 The European Union’s Intellectual Property Office (E.U.T.M.) rejected the May 2020 application for reasons yet to be confirmed, however, the office continues to evaluate the “Black Irish” trademark’s status, according to John Herzog, a business partner of Carey’s. The pair filed for the “Black Irish” trademark in January 2021 through their company Splashes Beverages.

Darker Still co-director Richard Ryan told the Times he is confident the facts will work in his company’s favor and accused Carey of attempting to displace a native-Irish business.

“You don’t assimilate with Irish culture while simultaneously doing everything in your power to damage an actual Irish business,” Ryan said.

He explained his company’s “Black Irish” drink was named in honor of national identity.

European Union trademark law expert Dr. Alexander Klett told the Times that despite not being involved in the case himself, seeing similar disputes over naming rights was “quite common.”

“The only thing you really do is you can file a trademark yourself which she has obviously done,” Klett said, describing the current state of the case as “kind of stuck.”

He added that Carey’s company’s trademark application “has a later filing date and therefore is a weaker right, compared to the older pre-existing trademark of the Irish company,” he added.

Despite the “headache” the dispute has been for Ryan and his team thus far, he said his company has benefited from the publicity that accompanies having anything to do with a megastar such as Carey.

“I did a search for Mariah Carey about a week ago,” Ryan said. “In the Google image search, for a matter of about half an hour, I came up first. I said, ‘My parents will be proud.’”