Biz Markie may have dubbed himself “diabolical” during his lifetime, but his contributions to hip hop are beloved by his family, friends and fans. The legacy of the late rapper/DJ will be honored in his native Long Island where a street will be named after him.

Biz’s widow, Tara Davis, announced on Instagram last week that a street in Patchogue, the Long Island village where Biz was raised in New York, will be renamed in his memory.

“HONORARY STREET NAMING DEDICATION!” Davis wrote in the caption. “In honor of the contributions Biz has achieved as an actor, beatboxer, DJ, and philanthropist, his hometown of Patchogue, Long Island will honor him with the renaming of South Street to Biz Markie Way!” 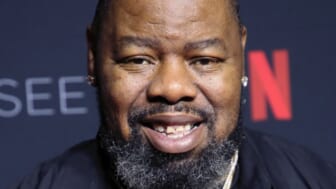 Davis also thanked Of Colors Creative Collective, a group of creatives and volunteers, for “spearheading” the project alongside Patchogue Mayor Paul Pontieri and The Greater Patchogue Foundation.

Biz Markie’s funeral also took place in the Long Island village at the Patchogue Theatre for The Performing Arts.

DJ Cutmaster Cool V, Biz’s longtime DJ and collaborator, said the honor is overdue after many attempts to honor the rapper while he was alive never panned out, according to HipHopDX.

“Biz deserves it,” Cool said, as reported by the outlet. “We tried to make it happen while he was here, but the great part is Patchogue made it happen. Nobody Beats The Biz!”

Biz Markie, who was born Marcel Hall, died on July 16 due to complications from diabetes. He was 57. Hall was originally born in Harlem in 1964, but his family moved to Patchogue when he was 10, as previously reported by theGrio. From there, he would grow up to become an important pioneer of Hip-Hop music as a DJ, beatboxer and rapper. 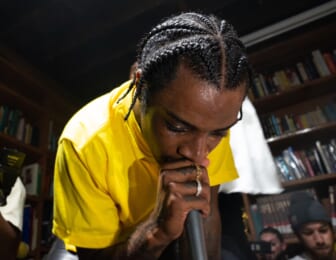 Making music with the Juice Crew collective, mentoring acts like Big Daddy Kane, Hall would eventually achieve his own individual success as a rapper with classic singles like “The Vapors” and “Make Music With Your Mouth, Biz.”

Biz Markie continued to perform and DJ for the remainder of his life. He had been working on LL Cool J’s SiriusXM’s channel Rock the Bells Radio every weekday at the time he was first hospitalized in 2020.

LL Cool J posted an Instagram video following his death, tearfully recalling how they would “hang out back in the days, running around in Queens and Long Island.”